Overview of priests and other officials from all religious communities convicted in Croatia in period 1944-1951, 14 February 1952. Archival document 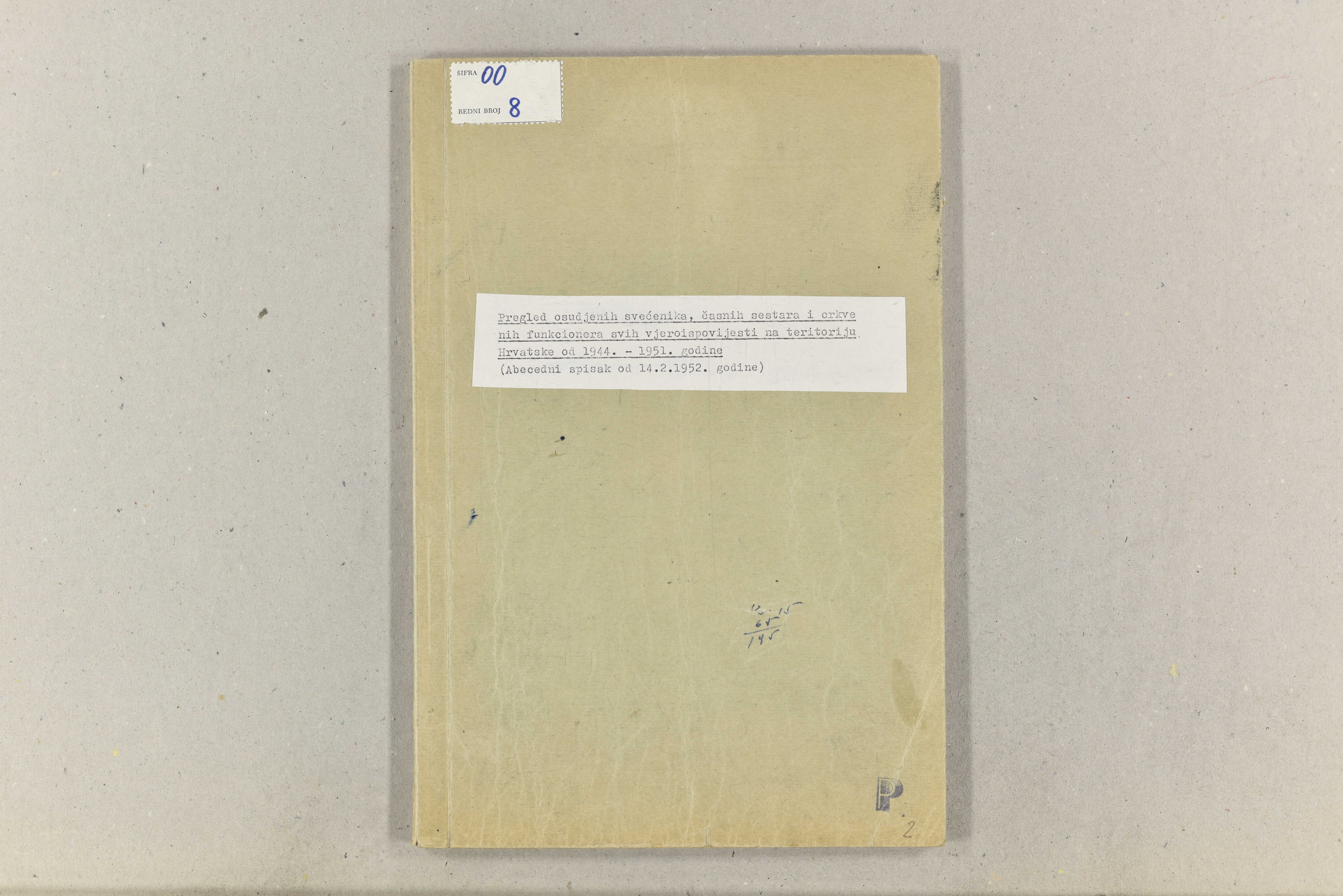 The document has 95 pages, it was dated on 14 February 1952 and originally entitled “Overview of priests and other officials from all religious communities, convicted in Croatia in the period 1944-1951.” It is an alphabetical list of 271 priests, seminarians and religious officials convicted in Croatia in that period. For each person, the religious affiliation, type of offence, and the type and place of enforcement of the sentence (execution, strict imprisonment, forced labour, loss of civil rights) are listed.

The opposition activities for which they were convicted were primarily: speeches against the authorities, printing/reproduction of illegal flyers and brochures in private homes, monasteries and other sacral buildings, distribution of such flyers and brochures, and threatening letters to the state authorities. They were also accused of cooperation with the Ustasha regime and the foreign occupiers, espionage, sabotage and assistance to illegal organisations during and in the initial post-war years.