Simčič, Zorko. Človek na obeh straneh stene (The Man on Both Sides of the Wall), 1957. Book 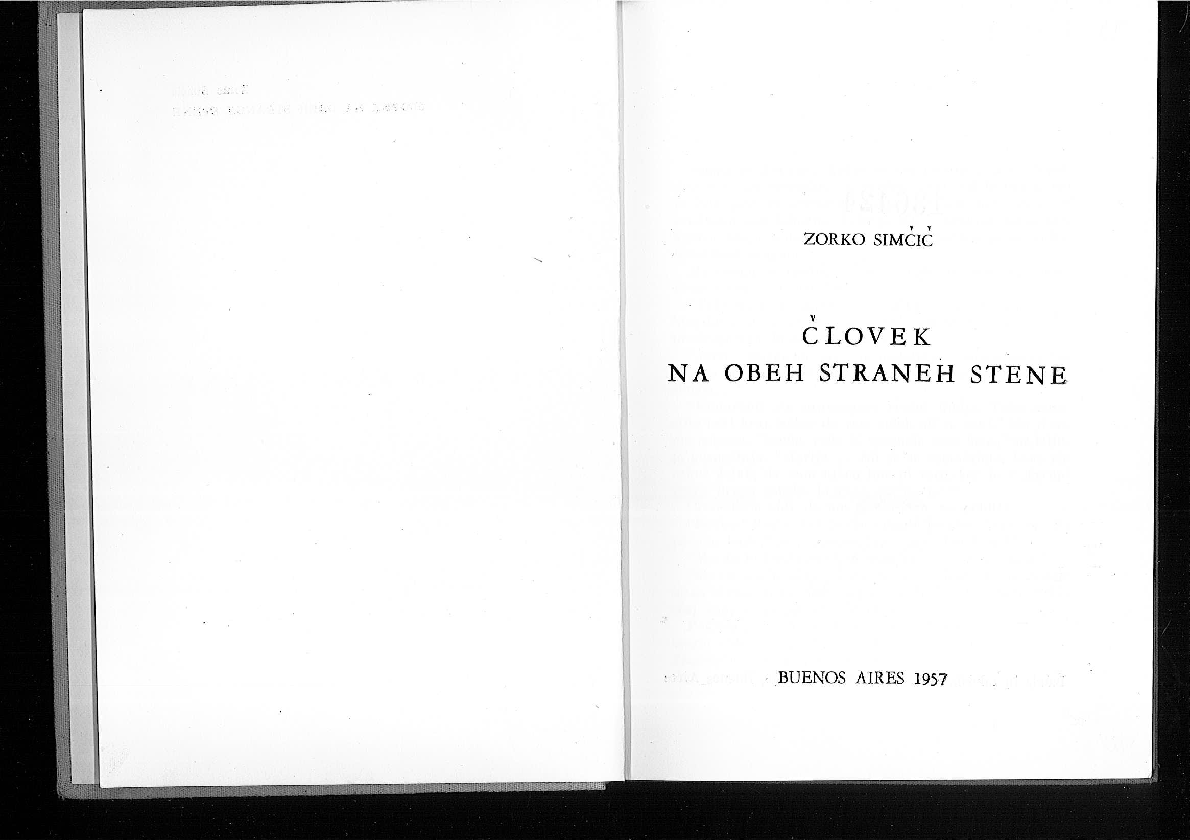 This is an existential novel by the Slovene émigré writer, poet and essayist Zorko Simčič, who wrote it in Buenos Aires in 1957. This novel is considered the first existentialist literary work in the Slovenian language and the greatest achievement of Slovene émigré literature in general. Later it was translated into English, Polish and Hungarian. The Slovene edition was only published after the democratic changes of 1991, which demonstrates that Simčič was a forbidden and undesirable author in socialist Slovenia.

The novel's story is devoted to a Slovenian intellectual who, after the war, goes away to Argentina in exile. Through his character and fate, Simčič describes the ideological divisions among the Slovene people during and after the Second World War. However, the novel does not deal with external events, but rather the intimate drama of a Slovenian intellectual who struggles with his wartime memories in the post-war period. Simcič depicts the restlessness of a fugitive who has lost his homeland and the inner mental division between the fidelity of his wife and his in love for another woman, who paradoxically belongs to the opposing ideological side.