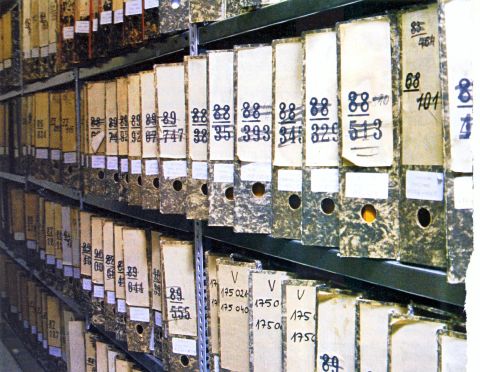 The state security services of communist Hungary began to follow the preparations underway for the Counter-Forum Budapest 18 months earlier, i.e. as early as March 1984, by gathering regular information and agent reports on the informal meetings of IHF representatives and some Hungarian dissident intellectuals in Budapest. By the opening of the official CSCE Cultural Forum in mid-October 1985, the entire staff of the Hungarian secret police had been mobilized with the main task of preventing any potential conflict or open scandal before, after, or during the six-week-long prestigious East-West diplomatic conference, as a “top secret” daily information report dated 16 October 1985 (just one day after the grand opening of the CSCE Conference) clearly proves. It seems to be a telling sign of flurry and an excess of caution or paranoia that on that day this was the second report submitted by the secret service on the same subject: reporting on all suspicious signs and information concerning the efforts of the IHF to find public places: restaurants, conference rooms in downtown Budapest for the use of the Counter Forum. This brief report, which contained both false and misleading information, also illustrates the incompetence of the Hungarian secret police, as they do not seem to have been aware of the latest news, according to which the Counter-Forum had been refused permission to hold its session in a public place a day before and so was hosted by Hungarian dissident poet István Eörsi and film director András Jeles, who offered their private residences for the sessions.

Gyula Horn, Head of Department of Foreign Affairs in the Communist Party’s Central Committee and Hungarian Prime from 1994 to 1998, was responsible for conducting and ensuring the smooth operations of the CSCE Conference in Budapest. He must have known about the parallel preparations of the IHF’s Counter Forum, and he might also have had a decisive role in the official refusal of the IHF demand for public space, which was issued in written form by the Hungarian Ministry of Foreign Affairs. Years later, after 1990, when he was asked about this by reporters, he replied with an obscure allusion to the fact that there were far too many high-ranking Soviet and Eastern Bloc delegates who expected Hungary, the host country, to adopt firm measures in order to resist “the pressure of Western countries.”