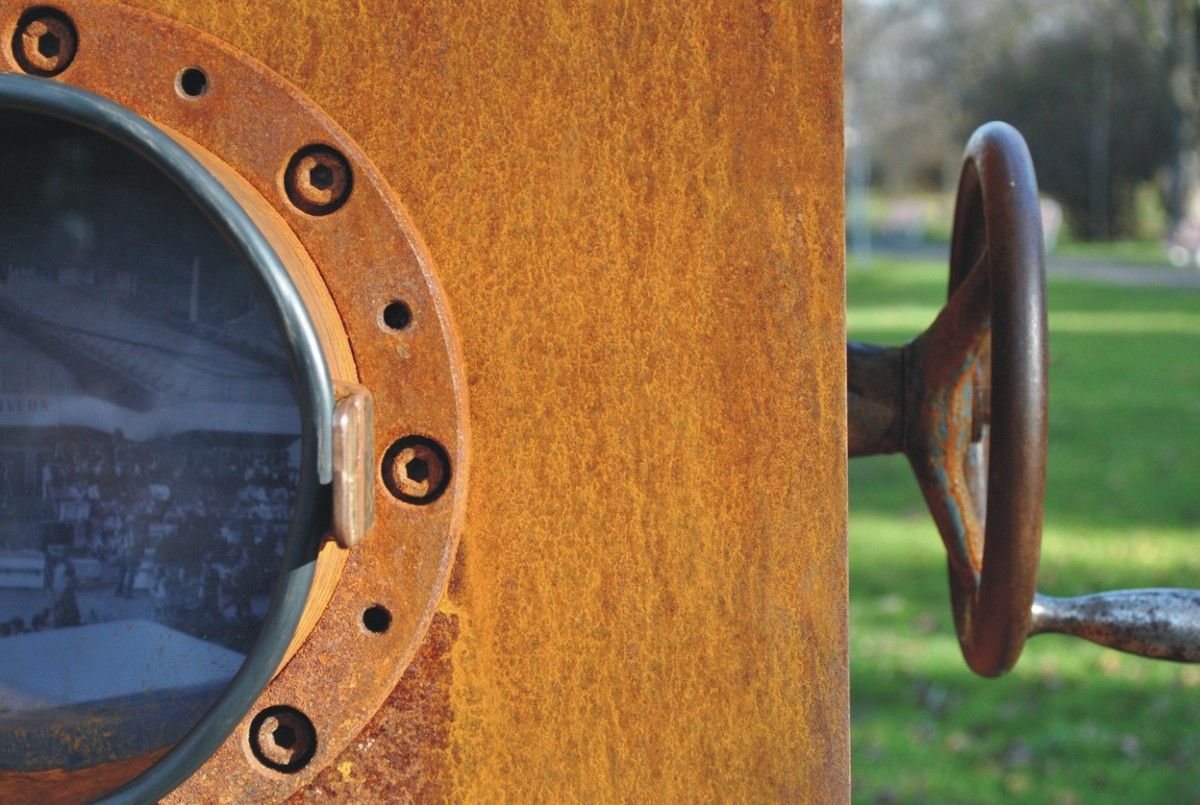 The exhibition, designed by Ovidiu Taloş, was opened in Braşov on 8 October 2016. The exhibits were structured in two sections. One brought together large-scale reproductions of about 500 photographs, which were exhibited in the open-air in the park of the Faculty of Forestry, a place well-known as a pedestrian area for locals. The second section consisted of copies of around 100 photographs and was put on display at the Romanian Order of Architects–Braşov, Covasna, and Harghita Branch (Ordinul Arhitecţilor din România–Filiala Teritorială Braşov, Covasna, Harghita; OAR–BV–CV–HR), in the city’s old town. The exhibited pictures come from private photograph collections and the archives of several institutions. The reproductions illustrated various topics, such as the evolution of some areas in the old town at the beginning of the twentieth century, school-related activities in Braşov, leisure time in Braşov and its surroundings, and the city’s expansion during the twentieth century. A part of the exhibits depicted daily life under communism, notably school and patriotic work, as well as building of the new districts during the communist regime. The exhibition was organised under the aegis of OAR–BV–CV–HR, it was financed by the Braşov Municipality in partnership with the local newspaper Karpatenrundschau, which also offered numerous official photographs to be displayed.