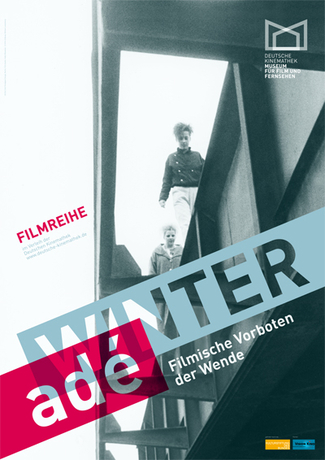 This film series was an initiative of the Deutsche Kinemathek and the Kulturstiftung des Bundes. It was curated by Claus Löser, while the concept for the project was written by the artistic director of the Deutsche Kinemathek. What made this series truly stand out was its inclusion of several Eastern European films shot before 1989 (from Poland, Czechoslovakia, Hungary, the Soviet Union, Bulgaria, and Romania). Often, without being aware of one another, similar film cultures developed across what used to be the Eastern bloc. "Winter adé – Filmische Vorboten der Wende" [Winter adé - Cinematic Harbingers of the system change] independently toured more than a dozen German cities after its screening at the 2009 “Berlinale” film festival.