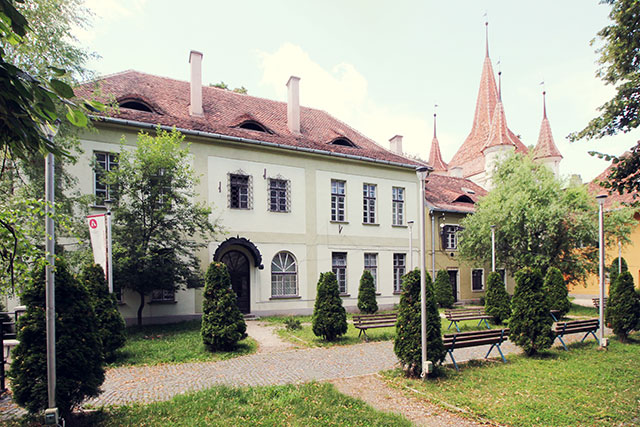 The Romanian Order of Architects–Braşov, Covasna, and Harghita Branch (Ordinul Arhitecţilor din România–Filiala Teritorială Braşov, Covasna, Harghita, or in short OAR–BV–CV–HR) was founded in 2001 as an autonomous branch of the Romanian Order of Architects (Ordinul Arhitecţilor din România) and gathers the architects from the three counties mentioned in the title and located in south-eastern part of Transylvania. The headquarters of OAR–BV–CV–HR is in the city of Braşov. OAR–BV–CV–HR aims at promoting good practice in the field of the architecture by encouraging those architectural solutions that are compatible with the protection of the cultural and natural heritage of the south-eastern part of Transylvania and protecting the rights of Romanian architects. In this respect, OAR–BV–CV–HR has fought against various projects that endangered the cultural and natural heritage in the this region. For example, in May 2014, OAR–BV–CV–HR protested against the project promoted by the local authorities of Braşov by which a new car park was to be build in the vicinity of the medieval fortifications of the city.
In June 2016, as part of the Oraşul Memorabil (The Memorable City) project, OAR–BV–CV–HR organised the exhibition entitled Arhitectura industrială în Brașov, 1880-1940 (Industrial architecture in Braşov, 1880–1940), which was funded by the local authorities of Braşov and from the architectural stamp tax collected and administrated by the Romanian Order of Architects. This exhibition brought to the fore the industrial architecture of the city as valuable part of the city’s cultural heritage in the context of the massive destruction produced after 1989 by real estate projects in Braşov.

OAR–BV–CV–HR. 2017. “Poziția OAR: Artera rutieră și parcare în zona Graft” (The official position of the Romanian Order of Architects towards the building of a road and a parking area in the Graft neighbourhood). Accessed March 14, 2017. http://oar-bvcvhr.ro/pozitia-oar-artera-rutiera-si-parcare-in-zona-graft/