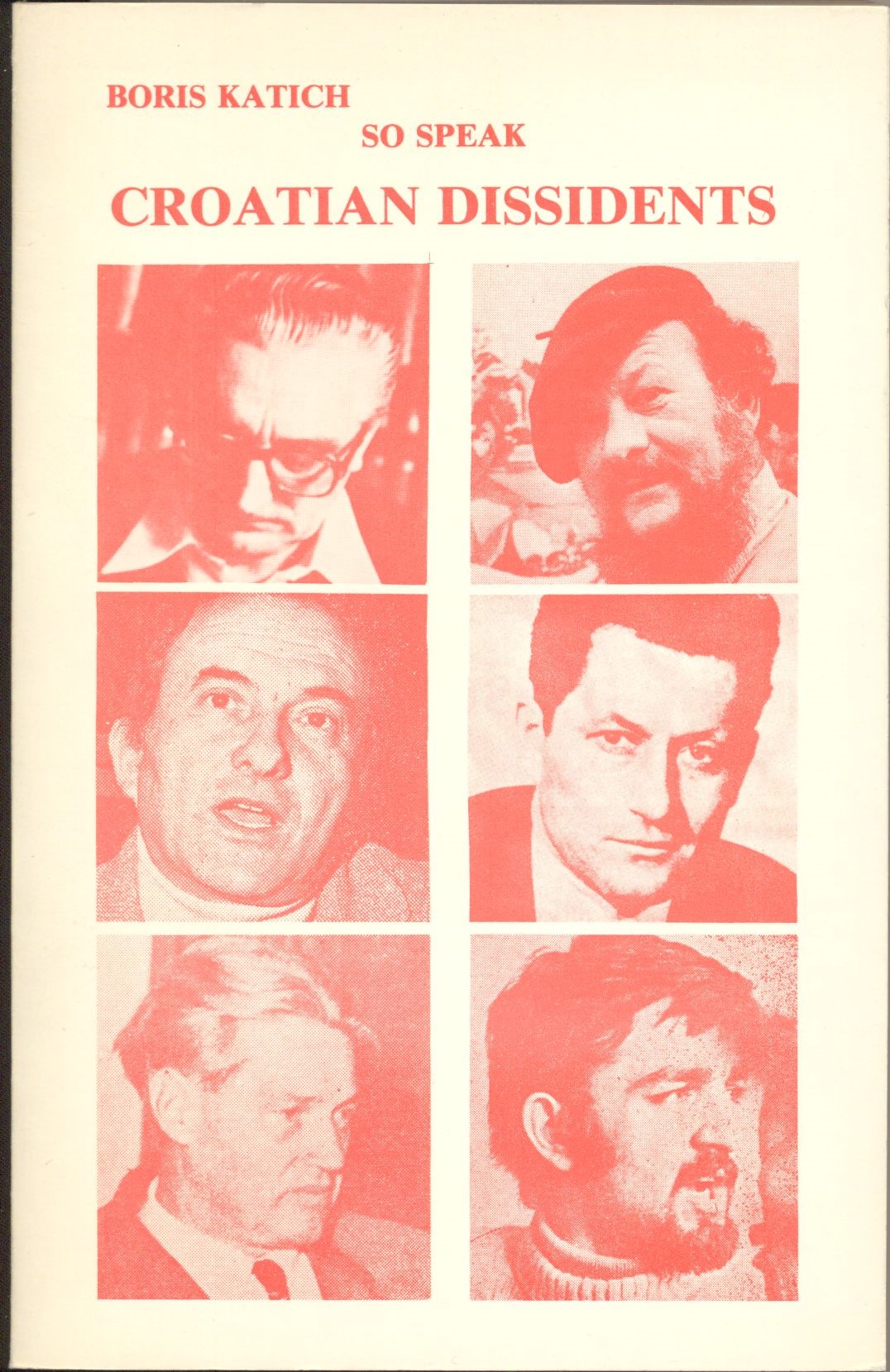 Šimun Šito Ćorić, a Croatian theologian, writer and psychologist, collected interviews and texts by some of the most important Croatian dissidents (Marko Veselica, Vlado Gotovac, Franjo Tuđman, Petar Šegedin, Ivan Z. Čičak, Ivan Supek, Zlatko Tomičić) in 1983 and published them in English in the book So Speak Croatian Dissidents. He attempted to warn the world public about the unenviable position of Croatia in Yugoslavia, and especially the unfortunate status of persecuted Croatian dissidents. Most of them were sentenced to prison sentences after show trials. The author published the book under the pseudonym Boris Katich because he feared the Yugoslav secret service would retaliate against him (although he was then living abroad), or his family, who lived in Yugoslavia.

In his introduction, Ćorić wrote about the "Croatian question" in Yugoslavia, reflecting on the position of Croatia in the Yugoslav federation and presenting the ideas and demands of Croatian dissidents. He wrote short biographies of the dissidents, particularly emphasising the reasons why the communist regime persecuted them. The book included Franjo Tudjman's paper "Croatia in Yugoslavia," and Tuđman's response to the indictment filed against him by the District Court in Zagreb in 1981; the interview granted by Ivan Zvonimir Čičak to Swedish television, which was also published in the German newspaper (Der Spiegel) in 1977; two interviews with Vlado Gotovac by the Swedish and Dutch media; an interview Petar Šegedin granted to Swedish television; part of Ivan Supek’s book Krivovjernik na ljevici (Heretic on the Left); the article by Antun Nizeteo on the Croatian poet and dissident Zlatko Tomičić, and seven poems by Zlatko Tomičić. The book was released by the publisher ZIRAL in Norval (Ontario, Canada), and was published in two later editions.