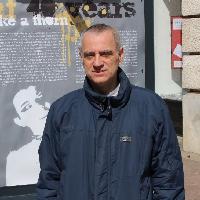 Velid Đekić Collection of Rock and Disco Culture in Rijeka

The Velid Đekić collection covers beginning of rock and disco culture not only in Rijeka but also in the former Yugoslavia. While working on the books 91 decibels (2009) and Red! River! Rock! (2013), Đekić collected materials on many of Rijeka's bands that have existed from the late 1950s until the early 1980s, and on the places where young people gathered. That is why this collection testifies to the unique history of rock 'n' roll behind the Iron Curtain. 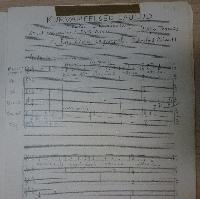 Veljo Tormis (1930–2017) was one of the most important Estonian composers in the second half of the 20th century. His most active period of creation was during Soviet times. After 1960, the original manuscripts of his works were given to the Estonian Theatre and Music Museum after they were finished and approved. These manuscripts, and others donated after the restoration of independence, today form a large collection of manuscripts of hundreds of different works. They give us an insight into the work and legacy of Tormis, including his struggle with Soviet censorship and the absurd working conditions for creative people.