868 Намерени събития
Елементи на страница:       «« предишна страница 1 ... 5 6 7 8 9 10 11 12 13 ... 173 174 следваща страница »»
Foksal Gallery established, event, 1966
"Galeria Foksal" was founded in 1966 in Warsaw and co-created by art critics and artists with an interest in avant-garde art. It exhibited audiovisual installations, environments and other forms of conceptual art which broke with the traditional forms of painting and sculpture. However, the artists involved in the gallery were first and foremost among the pioneers of action art and happening. Due to their innovative character, many of these activities are now considered to be among the milestones of Polish modern art.

Founders of the gallery included critics Wiesław Borowski, Anka Ptaszkowska, and Mariusz Tchorek, as well as artists Henryk Stażewski, Zbigniew Gostomski, Edward Krasiński, and Roman Owidzki. Soon, Tadeusz Kantor joined the group of permanent collaborators. From the very beginning, the activities of the gallery and the artistic life of the circle of people involved in it were documented by two of the most acclaimed Polish photographers – Eustachy Kossakowski and Tadeusz Rolke. 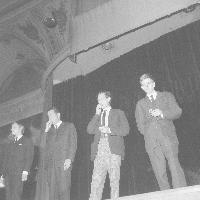 Exhibition: Performance of The Fluxus Group, 1966

During the Fluxus group tour of Eastern Europe in 1966, members of this American experimental group performed in the Museum of Czech Literature in Strahov monastery in Prague. The 1960s was witnessing a relative liberalization in cultural life in Czechoslovakia. At that time, information about international art, including Fluxus works, was accessible in Czech journals. There were also personal contacts between Czech artists (e.g. Jindřich Chalupecký, Milan Knížák, Jiří Kolář) and Fluxus. The performance in the Museum of Czech Literature was introduced by the Czech art critic and main organizer of this happening Jindřich Chalupecký. Mainly pieces by Dick Higgins and Alison Knowles were featured. Although it was an important event for Czech artists, enabling them to see what contemporary forms of action art looked like, the Czech audience did not really appreciate the performance. 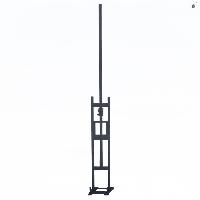 One of the determining agents in the organization and history of the Studio of Young Artists was the board and the views represented by its members. After the election in 1964, artistic freedom and the integration of different tendencies became a priority. The board established a theoretic panel (for cultural-political reasons, the collaboration of artists and art historians earlier had not been nurtured or supported), and it encouraged members to be freer in their expressive experiments.

Negotiating with the ministry (and personally with the main cultural political decision-maker, György Aczél) the chairperson, István Bencsik, received permission to hold a “jury-free” exhibition (which meant that only board members would select the works due to spatial limitations). This “yearly exhibition” was the first to display non-figurative works, which were on exhibition in a separate room (with a surrealist and a pop-section as well).

The exhibition became a huge professional and popular success, so they planned the next “yearly exhibition” in the same manner. However, an inner conflict (to put it simply, the antagonism between the abstract and figurative artists) grew into a major political scandal due to a denunciative letter sent to the authorities by some of the board members. As a result, the 1967 exhibition was decimated by a rigorous “outer” jury. Board members were dismissed by the authorities, and the artistic director was fired and even banned from the profession.
прочети повече
Acquisition of Janulaitis' documents by the Manuscript Department of the Library of the Lithuanian Academy of Sciences 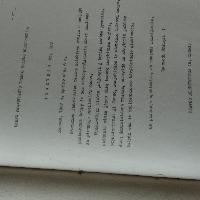 On 30 June 1967, Modris Tenisons’ troupe joined the Kaunas National drama Theatre, where it became highly visible and was appreciated by theatre audiences. Documentation about the activities and productions of Tenisons and his troupe starts at this point.