Robert LaVigne was an American painter, illustrator and designer. He was associated with the Beat Generation in the 1950s and 1960s. He was also the painter of the portrait of Allen Ginsberg. According to Ginsberg, LaVigne had helped give birth to the Beat Generation, because his roomy art house in San Francisco was the place for gathering wild and unclothed “bohemians.” Like Ginsberg, LaVigne focused on decay and death in his work. According to LaVigne, these themes reflected the angst of the young generation in the Atomic Age, which “gave the lie to permanence.” 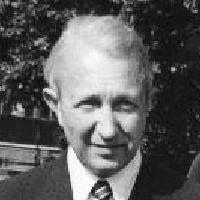 Karl Laantee was an émigré Estonian political activist, theologian and announcer with Western propaganda radio during the 1980s. He went to the West during the Second World War, where he studied theology and politology at several universities. He worked as a Lutheran pastor in Argentina, Peru, Brazil and Uruguay. Laantee was active in Estonian communities abroad. He took an active part in major Estonian events, like Worldwide Estonian Days, or celebrating Independence Day of the Republic of Estonia. He was also active in Estonian émigré politics. For example, he was vice-chairman of the Baltic Appeal to the United Nations in 1966. During the 1980s, he became known in Estonia as an announcer with the Voice of America. The radio station provided the people of Soviet Estonia with an alternative source of information. He returned to Estonia after the collapse of the Soviet Union, and taught at the University of Tartu.

After the death of her father, Karl Laantee’s daughter donated the remaining part of his papers to the Estonian Literary Museum. 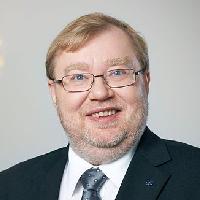 Mart Laar (b. 1960) is an Estonian historian and politician. He was prime minister of Estonia in 1992–1994 and 1999–2002. As a historian, he has written a large number of books about Estonian history (some have also been published in English, Russian, German and Finnish), and several textbooks.
He studied history at the Tartu State University in the early 1980s, and was an initiator and active member of the Noor-Tartu (Young-Tartu) student movement. He had the initial idea for a movement to arrange the city space. He got it from Tallinn, where a similar movement of school students was active.

Lajtha, Ildikó
Between 1990 and 2001, László Lajtha's niece, Ildikó Lajtha, an economist, endeavoured to present Lajtha's original bequest. She collected documents on Lajtha, and organized several exhibitions, concerts, etc. Understanding that the heritage of an international composer and ethnomusicologist should be available for research, she offered it to the Hungarian Heritage House in 2001. In 2013, Lajtha's bequest was divided, with his folk music collection remaining at the Heritage House, and his legacy of works as a composer going to the Institute for Musicology. Ildikó Lajtha died in 2013. During her life she supported every proposal concerning the bequest of László Lajtha.
прочети повече
1 - 5
1 2 3 4 5 6 7 8 9 10 следваща страница »»