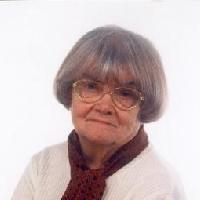 Sanda Stolojan (1919–2005) was one of the prominent members of the Romanian exile in Paris, very active in organising public protests against the regime of Nicolae Ceaușescu and privileged by her position of official translator into Romanian for several presidents of France. She was born on 19 February 1919, in Bucharest, in a family of intellectuals. She was the granddaughter of the writer Duiliu Zamfirescu and daughter of diplomats, which fundamentally influenced her professional career. She received a fine education both in interwar Romania, and especially abroad, because her parents took her with them to the countries where they were sent on diplomatic service: Italy, Germany, Holland, Brazil, Portugal, Poland, Denmark, and France. She graduated from high school in Paris in 1937, after which she returned to Romania, where she enrolled at the Faculty of Letters and Philosophy of the University of Bucharest. In 1943, she married the engineer Vlad Stolojan Filipescu, with whom she tried to flee to the West in 1949. They were captured and sentenced to prison for acts preparatory to illegal emigration. They were political detainees between 1949 and 1950. Later, between 1958 and 1961, he was again arrested for "hooliganism." They were also expelled by the communist authorities from their own house and dispossessed.

In Romania, Sanda Stolojan worked as a translator and as a clerk at a typography co-operative. She emigrated to France with her husband in 1961, where she worked as an official interpreter of Romanian for French presidents. She was also actively involved in the activities of the Romanian exile community. She was a collaborator of Radio Free Europe, coordinated the League for the Defence of Human Rights in Romania (1984–1990), based in Paris, and co-founded a literary magazine, publishing mainly writers from Eastern Europe, Les Cahiers de l'Est. She also published poetry and prose in Romanian journals in the West, including Limite, Ființa Românească, Revista Scriitorilor Români, Ethos, Dialog, Lupta, Cuvântul Românesc, Curentul, Contrapunct, România, and La Nation Roumaine, as well as in such magazines as Revue de Belles-lettres (Geneva), Creation, and Polyphonies (Paris). Some of her volumes of lyrics were published by various foreign publishers. In the same vein, she wrote a number of articles of literary criticism and essays in foreign publications such as Journal de Genève, Esprit, Le Monde, L'Alternative, Lettre Internationale, and ARA Journal. In 1980 she published in English a monograph on her grandfather, the writer Duiliu Zamfirescu, which appeared in the Twaine World Authors collection in Boston, she translated into French Lacrimi și sfinți (Tears and saints) by Emil Cioran in 1986, and poems by Lucian Blaga contained in the anthology L'etoile la plus triste in 1992. In 1989, she was awarded an Honorary Diploma by the American Romanian Academy for her work on human rights. After the collapse of the Communist regime in Romania, she returned to her native country, without establishing herself here definitively. She was involved in a series of actions aimed at helping to rebuild democracy in her country of origin. Since 1994, several books of her have been published in Romania, principally her journals kept between 1961 and 2001, but also a volume about her visit to Romania with President Charles de Gaulle in 1968, as well as her correspondence with Constantin Noica during the Communist regime. From 2003 until her death she was part of the Moral Guarantee Council of the National Institute for the Memory of the Romanian Exile, a body that brought together Romanian personalities in exile. She passed away on 2 August 2005 in Paris. 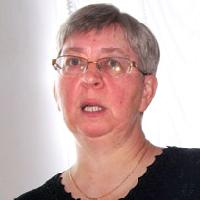 After leaving secondary school in Mažeikiai, Virgilija Stonytė studied the Lithuanian language and literature at Vilnius Pedagogical Institute. She graduated from the institute in 1984, and since then she has been a secondary school teacher. Stonytė was familiar with Professor Vanda Zaborskaitė from 1980. She participated in various events as a family member, and was involved in networks the intelligentsia of that time. According to her, there were two main annual events that gathered a close group of intellectuals: the birthday and the anniversary of the death of the Lithuanian writer Vincas Mykolaitis-Putinas. At these and other meetings, members of a trusted network discussed freely many important political and cultural issues, shared their opinions, and devised verbal strategies for supporting informal cultural initiatives. Stonytė thinks that Vanda Zaborskaitė was one of the leaders of the cultural opposition at that time for at least three reasons. First of all, she experienced persecution by the regime during the 1950s and early 1960s. Secondly, as a professor of literature, Zaborskaitė promoted the importance of the poet Maironis. Thirdly, she was in touch with some Catholic priests and kept up a correspondence with them.
After the death of Professor Zaborskaitė, Stonytė inherited a huge private archive that holds personal correspondence, manuscripts, and Zaborskaitė's diary. Understanding its great importance to the history of culture, Stonytė started to collaborate with researchers at the Institute of Lithuanian Literature and Folklore, in order to deal with this archive and publish books about Vanda Zaborskaitė.
According to Stonytė, cultural opposition is related to the search for an authentic national culture, preserving and understanding its importance. 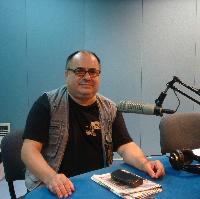 Nelu Stratone (named Ion Stratone on his identity card, born 6 August 1949) graduated from the Statistics Section of the Faculty of Economic Calculation and Economic Cybernetics of the Academy of Economic Studies in Bucharest in 1973. At high school and in his first years at university he performed as solo vocalist and bass in various obscure bands. For almost twenty years, starting from 1973, he pursued a career in the field of informatics, and was one of the pioneers of Romanian informatics, an analyst-programmer (specialized in Cobol), then project head at CENTROCOOP (1974–1981), and later at the Computing Centre of the Ministry of Electrotechnical Industry (1982–1991). After the fall of communism he was employed by Cavcoop, Kruger Brent, and Mixt Com. Among the important works that he designed, programmed, and implemented may be mentioned the automated system for salary calculation in consumer cooperatives (1975–1978), which was introduced in all the counties of Romania and remained in operation until 1989, and the distributed automated system of the machine construction ministries using the RENAC/RENOD network (1986–1988). Nelu Stratone was one of the first certified IBM PC teachers in Romania, with the result that in the period 1986–2004 he delivered over a hundred training courses for IBM PC users. In the period August 2007 – August 2014, he was a higher expert at the Romanian Copyright Office (ORDA)

Nelu Stratone has also had a career in the field of radio, being a musical editor at Radio Nova 22 (1991–1992), Radio Tinerama (1993–1999), Radio România Tineret (Radio Romania Youth) (1999–2007), Radio București (2001–2007), Radio Vacanța Costinești (2003–2004), and Radio România Actualități (Radio Romania News)(2006–2008) with specialized programmes promoting Romanian rock, “A lu’ Nelu” (Nelu’s) and “Top N,” as well as weekend morning shows. He has a good knowledge of the history of musical clubs before 1989 and has been involved in the activities of a number of them since 1989. Since the fall of communism, Nelu Stratone has collaborated with numerous newspapers, magazines, and specialized periodicals, such as Puls Rock (1992), Tinerama (1993–1996), Vox Pop Rock (1994–1996), Art & Roll (2003–2005), Sunete (Sounds)(2006), and Arta sunetelor (The art of sounds)(2009–2016). On top of that he is the author of materials about rock music and its history that have been included in volumes coordinated by other authors, including Ioan Big’s two volumes Era punk (The punk era, 2003) and Blue, Black & White: Povestea Rolling Stones (The Rolling Stones story)(2006), two anthologies by Radu Lupașcu, Pe urmele lui Hendrix (On the trail of Hendrix)(2005) and Arta Sunetelor (The art of sounds)(2014), together with Culorile Sunetelor: Muzica și artele vizuale (The colours of sounds: Music and the visual arts)(2015), coordinated by both the authors mentioned above. He also collaborated on the trilingual volume Eleganța sunetelor (The elegance of sounds), which was published in Paris in 2013, coordinated by Traian Marinescu.

In 1987, the human rights group Helsinki-86 started to publish the periodical Auseklis (Morning Star). It was the first uncensored periodical in Latvia since 15 May 1934 (since the authoritarian coup by Kārlis Ulmanis). It aimed to be an 'independent socio-political, literary and religious magazine'. Since photocopiers were rare and were controlled by the KGB, one of the best ways to make copies for distribution was to take photographss. Vaira Strautniece (b. 1942) was a professional photographer who worked in the photography and film unit of the Academy of Sciences in the 1980s. Her colleague Zigurds Vidiņš (b. 1943) asked her to make 20 copies of each issue. She kept one copy for herself, and handed over the remaining 19 to Vidiņš, who looked after the distribution of the magazine. Vaira Strautniece was one of numerous people who were involved in the distribution of Auseklis. 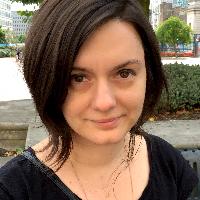