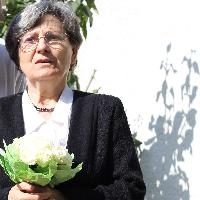 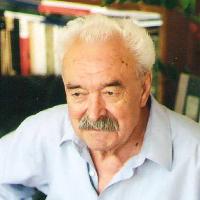 Rezső Szabó (*10 May 1929 in Klížska Nemá, Hungarian: Kolozsnéma, district Komárno) is a Hungarian lawyer and politician from Slovakia. He attended a secondary school in Komárno and graduated in 1952 at the Faculty of Law of Comenius University in Bratislava. 1951 he started working for the Czechoslovak Hungarian Workers’ Cultural Association (in Hungarian: Csehszlovákiai Magyar Dolgozók Kultúregyesülete, in Slovak: Kultúrny zväz maďarských pracujúcich v Československu, abbreviation: CSEMADOK). In 1954–1969 he was a Secretary of CSEMADOK, and in 1959-1961 the editor-in-chief of the weekly cultural magazine Hét published by CSEMADOK. As a leading representative of the Hungarian minority and a longstanding member of the Communist Party of Slovakia (KSS) he held, along with the important and politically sensible position of the CSEMADOK Secretary, different other offices. He was a member of the Slovak National Council (Slovenská národná rada, SNR) and one of its vice chairmen (from 29 December 1968 to 28 April 1970). In 1968 he is mentioned as a KSS Central Committee member. After the federation was introduced in Czechoslovakia, SNR nominated Szabó for the Czechoslovak parliament (Federální shromáždění – Federal Assembly), and he was a member of its Chamber of the Nations (Sněmovna národů) from 1 January 1969 to 25 November 1971 (he resigned on 7 October 1971). 1971 he was dismissed from both KSS and CSEMADOK. From 1971 to 1974 he was a manual worker, from 1975 to 1990 he worked as a company attorney. In 1990 he got involved in politics again, and he co-founded the Hungarian Christian Democratic Movement and the Együttélés-Spolužitie [Coexistence] political movement. Between 1990 and 1992 he was a member of the Slovak National Council for Együttélés-Spolužitie (cf. Fazekas, József and Péter Hunčík, eds. 2008. Maďari na Slovensku (1989–2004). Súhrnná správa. Od zmeny režimu po vstup do Európskej únie. [Hungarians in Slovakia. General report. From the change of regime till the EU accession] Translation of: Magyarok Szlovákiában (1989–2004). Összefoglaló jelentés. A rendszerváltozástól az európai uniós csatlakozásig (2004). Šamorín: Fórum inštitút pre výskum menšín, 63, 113).

The political history of the Hungarian ethnic minority in Slovakia is reflected to a large extent in Rezső Szabó’s life story. After the communist takeover in 1948 it was important for the regime to integrate the Hungarians in Slovakia into the social and political life. CSEMADOK was founded to fulfil this aim, and to “popularize the policies of the Communist Party in the Hungarian minority” (Fazekas and Hunčík, 45). In 1956 CSEMADOK supported the official Czechoslovak standpoint condemning the anticommunist and anti-Soviet revolution in Hungary. The political thaw in the 1960s, however, influenced also the atmosphere in CSEMADOK, and Rezső Szabó became one of the leading figures of this process (and also its chronicler, cf. Szabó, Rezső. 2004. A Csemadok és a Prágai Tavasz. Beszélgetések, cikkek, előadások, dokumentumok [CSEMADOK and Prague Spring. Interviews, articles, lectures, documents]. Bratislava/Pozsony: Kalligram, 2004). His personal collection (inventory accessible: adatbank.sk/egyeni-hagyatekok/szabo-rezso-iratai. Accessed 3 January, 2018) documents the intellectual and legislative activities in 1967 to 1969, which aimed at an qualitative change of the constitutional position of ethnic minorities. These minorities meant, primarily, the Hungarian minority (the working documents from that time use even the term “národnostná samospráva” – “ethnic authonomy”), but also the “constitutional status of the Ukrainian minority” was discussed, involving the uneasy issue of Ruthens/Rusyns living in Czechoslovakia. These activities had to be conducted delicately, so as not to be codemned as particularist deviations from the democratization efforts in both society and the Party (cf. Szakál, Gyula. 1997. Túlélési stratégiák, hatalmi manipulációk a szlovákiai magyarság körében (1957-1990) [Survival strategies and manipulation through political power among the Hungarians living in Slovakia]. Bratislava/Pozsony: Nemzetiségi Dokumentációs Centrum, Budapest and Győr: Magyar Tudományos Akadémia Politikai Tudományok Intézete). Through the liberalization of the social climate, also a revival of confrontation between Hungarian and Slovak nationalist standpoints was, unfortunately, also made possible (cf. Popély, Árpád. 2008. 1968 és a csehszlovákiai magyarság [The year 1968 and the Czechoslovak Hungarians]. Šamorín/Somorja: Fórum Kisebbségkutató Intézet). The policy developments concerning the minorities culminated in 1969, in connection with the introduction of the Czechoslovak federation, which promised more autonomy to Slovaks. The federation remained in force under the “mercy” of the Soviets, although in reduced and emptied form. The reform of the minorities’ status was cancelled, and their protagonists, including Szabó, were persecuted. They returned in 1990 to the political scene, but the positions of Slovak Hungarians have since been determined by younger politicans, such as Miklós Duray.
прочети повече 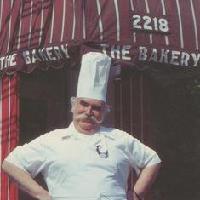 Szathmáry, Lajos
Lajos Szathmáry (1919–1997) was a poet, journalist, book and art collector, master chef and restaurant owner. Szathmáry was a generous supporter of the émigré scouting movement for many decades. He was born in 1919 to Transylvanian refugee parents in Rákosrendező on the outskirt of Budapest. He was educated at prestigious and traditional Calvinist Reformed Church elementary and secondary schools, first in Budapest then in Sárospatak. During the Second World War, Szathmáry was a journalist and a soldier. He left Hungary in late 1944 and never returned to his native land, though he remained a Hungarian patriot all his life. He lived for a few years as a refugee in Salzburg, Austria, then in 1951 he left for the United States and settled in the city of Chicago. Here Szatmáry opened a Hungarian restaurant in 1963 named The Bakery, which he ran until 1989. Szathmáry was not only a famous chef himself, but also a popular author of cookbooks in both English and Hungarian. He was also knowns as a passionate collector of books, manuscripts, art and maps. He donated the majority of his private collection to U.S. libraries and museums, although he presented his large and precious Hungarian book collection to the College of Sárospatak and the Gáspár Károli Calvinist Reformed Church University in Budapest. Some of his valuable manuscript holdings were recently acquired by the Hungarian National Archives and the Petőfi Literary Museum.
прочети повече
Szczepańska-Rzeszutek , Jolanta
Member of the board of the Association of Documentalists "The Road", responsible for finances and organization.
прочети повече 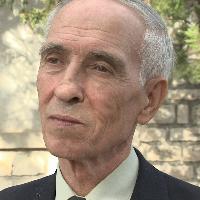 Tibor Szecskó was born in 1939 in the rural town of Gyöngyös, Hungary, as the third and youngest child of a working-class family. His father was a mason working for a state farm. As a second-year student of a vocational school, in the autumn of 1956 he took part enthusiastically in local events of the revolution. Together with a friend, they then hitched a ride with a lorry and travelled to Budapest, where they joined the largest group of insurgents at Corvin-köz, and took part in the battles in several parts of the city. In late November, without saying goodbye to his family, he escaped to Austria with other teenage boys. For a few weeks he stayed in the Eisenstadt refugee camp, then he was transported to France and given the status “réfugier politique.”

As soon as he arrived in Rouen, he signed up at the Legion’s recruitment office, but being only 16 years old, was rejected. For two years he shared all the misery of the tramps in Lille and Paris, sleeping in the “Draft Hotel” (Hôtel de Curant Air) under bridges, living off of aid for refugees and poorly paid, sporadic work. Hunger and misery pushed him to try his fortune again with the Legion in 1958, this time with much success. He was shipped as an 18-year-old recruit from Marseille to Oran, and soon found himself on the military training base of Saida. Another two years later, he was promoted to sergeant at the age of 20, and he soon became the training warrant of many hundreds of young Hungarian recruits arriving at that time to North Africa. Afterward, as a warrant officer of the 3rd Infantry Regiment, he took part in the offensives in Sahara and Madagascar, was injured twice, and then was commanded to the 1st Cavalry (Warship) Regiment.

After the Algerian war ended in 1962, the central base of the Legion was moved from Sidi-bel-Abbes to Aubagne, South of France, and he held his new post there at the Headquarters of the Legion. In the 1970s and 1980s he became the Director of the Museum and Central Archives of the French Foreign Legion, and the editor of its monthly magazine Képi blanc. In the meantime, he received his MA and then his PhD degree in history from the University of Montpelier. He finished his military career in 1986 after close to 29 years of service in the Legion; however, he remained active in scientific life and in organizing veterans’ circles (AALE). Tibor Szecskó published a number of articles and a good dozen books on the history of the French Foreign Legion in French, German, and English.

Before 1990, he and his fellow patriots were misled by the rumors fostered by the communist secret police, thinking that they as active legionnaires had been deprived of their Hungarian citizenship. Szecskó became a French citizen in 1974, and together with his Spanish-French wife, children, and grandchildren lived in the city of Aix-en-Provence for half a century. Among his many prizes and decorations, he was most proud of the “Knight of Arts and Literature,” a prestigious French prize established for civilians, that no active military man ever received, except him. Though he felt all through his life a painful homesickness, and preserved his traditional Hungarian patriotism, he never had the chance to return to Hungary after 1956—for decades due to his political anathema, and then his poor health. He passed in Aix-en-Provence in late 2017 after years of struggle with his fatal illness. His death was not only a great loss to his family but also to his many good friends in the Hungarian veterans’ circle in Provence, of which he had been a devoted organizer for decades.
прочети повече
86 - 90
«« предишна страница 1 ... 12 13 14 15 16 17 18 19 20 21 22 следваща страница »»