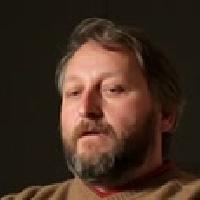 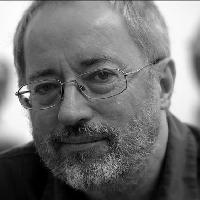 Ferenc Sebő (b. 1947) is a Hungarian folk musician, singer, songwriter, folk music researcher and architect. He graduated from the Architectural Faculty of the Budapest Technical University in 1970. Sebő studied music beginning in his childhood and composed and played music in addition to his architectural works. With his classmate, Béla Halmos, he founded the Sebő Ensemble, which became famous as a result of its new adaptation of folk music. Under the influence of György Martin, he joined the collectors of folk music as well. They played collected folk songs and music with their own band, thus becoming the initiators of the folk music movement. At the invitation of Sándor Tímár, he became the musical director of the Bartók Dancing Group, which gradually launched the dance house-movement for young people. Initially, the closed R Club formed for the Sebő Ensemble at the Budapest Technical University, later the Kassák Club in the Zugló district of Budapest was also established. Sebő worked at this club from 1973 to 1981. In 1984, he began his studies at the Musicological Department (founded by Zoltán Kodály) of the Academy of Music. In 1989, Sebő graduated with a degree in music-history education and later in music scholarship. He taught at the Bartók Béla Vocational School of Music, then at the Musicological Department of the Academy of Music. Moreover, he worked at the Musicological Institute of the Hungarian Academy of Sciences. From 1991 to 2006, Sebő held a job at Hungarian Television, where he organized folk-music programs, folk dance and performances of old music. In December 1996, he was asked to lead the Hungarian National Folk Group. Since 2002, Sebő has been the professional director of the House of Traditions.

Vasyl Sedliar was a Ukrainian painter and graphic artist, executed during the Stalinist purges in 1937 along with his mentor Mykola Boichuk and fellow artist Ivan Padalka. Sedliar studied at the Kyiv Art School and then under Boichuk at the Ukrainian State Academy of Arts, focusing on large-scale murals, book illustrations, packaging design and ceramics. Together with Oksana Pavlenko and others, Sedliar created murals at the Kyiv Institute of Plastic Arts in 1924, which were destroyed in 1934 after the institution was dissolved. Frescoes produced with Boichuk and Padalka at the Kharkiv Chervnonozavodskyi Ukrainian Drama theatre were also destroyed.

Sedliar’s works were often executed in the embattled Boichukist style, borrowing directly from Byzantine religious imagery—both icons and, most particularly, mural painting—and also incorporating contemporary secular subject matter. His illustrations in a 1931 edition of Taras Shevchenko’s Kobzar, which is a featured item of the Ukrainian Museum-Archive’s collection, were created in this vein. Sedliar, like many artists of that time, fell under increasing pressure to employ elements of socialist realism in his creative works, though his use of those motifs did not prevent him from persecution during the Stalinist terror.  He was arrested in November 1936 and charged with terrorist activity. He would be executed on the same day as his mentor Boichuk and his friend Padalka, after which the majority of his works were destroyed. The 1931 and 1933 editions of the Kobzar were also banned, existing copies confiscated and destroyed. There were 5,000 published in the first edition and 10,000 in the second, with only a few restricted copies surviving along with a few in private collections, which makes the fact this volume surfaced in Cleveland, OH all the more remarkable.

Jan Seidl is a historian and translator. In his research he focuses on the persecution, everydayness and history of the queer community in the modern history of the Czech lands. He works as an assistant professor at the Department of Romance Languages and Literature at the Faculty of Arts of Masaryk University and also as a translator. He is also a member of the Czech Literary Translator’s Guild. He is a co-founder and a leading figure of Society for Queer Memory. Jan Seidl is the author (or co-author or editor) of several publications focusing on the history of sexual minorities in the Czech Lands from 1867 to the present, and of a popular guide to the history of queer Prague. 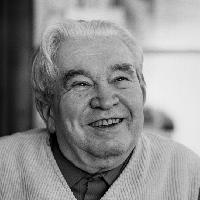 Poet and translator Jaroslav Seifert is one of the most important Czech writers. His comprehensive poetic work went through a complicated internal evolution, as did the author’s approach to communism. Seifert’s first poems were published in newspapers and magazines in 1919, his first collection of poems, “Město v slzách”, was published two years later. During the 1920s Seifert became an important representative of the Czechoslovak artistic avant-garde. He became a member of the Communist Party of Czechoslovakia and later started contributing to the party’s newspaper, Rudé právo. However, he was expelled from the party in 1929 because of his protest against its bolshevization. He worked as a journalist for social-democratic newspapers in the 1930s. In the 1950s he fully committed himself to writing poetry, which was criticized by communist dogmatists. His “de-Stalinization” speech, given on the Congress of Czechoslovak Writers in 1956 criticizing the development of cultural politics after 1948, mostly in relation to non-conforming writers and arrested authors, became well-known. In the 1960s, Seifert, holder of the “National Artist” title since 1966, took part in the reform of communist system and efforts to establish an autonomous writers’ organisation in 1968 and 1969. He therefore became a chairman of the newly established Czech Writers’ Association in 1969. However, the Association was dissolved a year later because it refused to stand with the occupation of Czechoslovakia by the Warsaw Pact armies. In the 1970s, Seifert’s work was published only sporadically in re-editions. Although he was among the firsts to sign the Charter 77, the communist regime could not ignore such a well-known writer and allowed his poems to be published from the beginning of the 1980s by official publishers. Seifert’s work was awarded the Nobel Prize for Literature in 1984. While the world media informed its citizens of Jaroslav Seifert being awarded the Nobel Prize, Czechoslovak media almost did not mention it. The acknowledgement, however, led to increased demand of Seifert’s work in exile publishing houses. To honour Jaroslav Seifert, the Charter 77 Foundation established the “Jaroslav Seifert Prize” in Stockholm in 1986 – the first prize winner was Slovak writer Dominik Tatarka.