Hanna Anderman came to Warsaw from a small town at the beginning of the 1960s to study in a ballet school. After a serious accident that ended her ballet career, she started to take pictures – following family tradition as her father and brother were professional photographers as well.
She was a photographer and journalist published in magazines such as "itd", "Przyjaciółka" ("Friend" - women's magazine), "Na przełaj" (youth magazine) and others. She also photographed scenes and situations that could not be included in official publications and remained only in her private archive. Her professional career was similar to many others of artists and creators in the socialist times – she balanced the public activities as photographer and journalist with her own political views and survival strategies. She was neither openly opposed to the regime nor apologetically supporting it, which was an often case for Polish citizens.
She used her alias while publishing her works as an artistic and professional pseudonym, which was also common for people regularly publishing in the official press.
In 2008 she decided to create the Association of Documentalists "The Road" in order to promote and display activities of her generation of Polish photographers.

прочети повече
Anderman, Jan
Photographer, specialist in photo-renovation and preservation.
He is a vice-president of the Association of Documentalists "The Road" and cooperates with the Archeology of Photography Foundation. He manages the preservation and digitalization of the archives of Polish artists for the Archeology of Photography Foundation and does it voluntarily for "The Road". His works has been included and exhibited by "The Road" Foundation. Son of Hanna Anderman. Due to his relatively young age, he does not have direct ties or personal experiences with socialist regime. For him it is mainly the legacy of generations of Polish photographers and his family's photographic traditions that pushed him to gain interest in photographic archives.
прочети повече 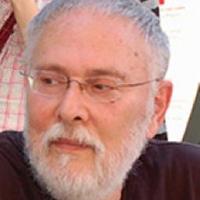 Andor, Mihály
Mihály Andor (1944–) is a Hungarian sociologist. Between 1966 and 1971, he studied philosophy and Hungarian language and literature at Eötvös Loránd University. From 1971 to 1973, he worked as a sociologist in the Volán Factory, and until 1975 he was a freelancer. Between 1975 and 1978, he was a researcher at the Scientific Organizational Group of the Ministry of Education. In 1976–1977, he worked at the Social Science Research Institute too. Beginning in 1978, he was one of the main scientific colleagues at the Research Institute of Education, and in 1980, he became the scientific head of department. In 1992, he was made a principal scientific colleague at the Sociological Institute of the Hungarian Academy of Sciences. Between 1992 and 1994, he was an educational expert of the parliamentary fraction of the Alliance of Free Democrats. In 1994–1995, he was a consultant for the Ministry of Education. In 2006, he retired. He has published many writings on the sociology of education, settlements, and agriculture.
прочети повече 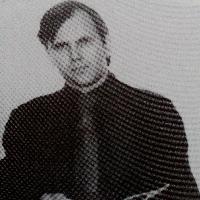 Vytenis Povilas Andriukaitis (b.1951) is Lithuania's European commissioner, and a co-signatory to the 1990 Act of the Reestablishment of the State of Lithuania. Andriukaitis' family were deported to Siberia in June 1941. He came to Lithuania only in 1958. After excelling at school, he enrolled at Kaunas Medical Institute, graduating in 1975. He later continued his studies in history at Vilnius University, graduating in 1984.
In 1990, Andriukaitis was elected to the Supreme Council of the Republic of Lithuania (today the Seimas, or Lithuanian parliament), and was a member of parliament for six terms, from 1992 to 2004 and 2008 to 2012, and deputy chairman of its Council from 2001 to 2004. He was health minister of the Republic of Lithuania from December 2012, until he was appointed EU commissioner in November 2014.
Andriukaitis joined the anti-Soviet movement very early on, during his studies at Kaunas Medical Institute. But he publicly expressed his first disagreements with Soviet ideology at secondary school, after the Soviet invasion of Prague in the spring of 1968. Because of his attitude, Andriukaitis was invited for a talk with a KGB officer, where he again expressed his view of the Soviet reality. During his studies at the institute, his non-Soviet activities became more organised and structured. In 1972, he founded an ethnographic folk group in Rumšiškės, which cultivated and propagated the Lithuanian national heritage. Holding meetings for enthusiasts of Lithuanian songs and dancing who tried to break out from the ‘people’s culture of Soviet Lithuania’ made Andriukaitis familiar with many members of the cultural opposition. He used these networks for initiating the underground Strazdelis University, which was founded in January 1976. Andriukaitis was arrested for the first time in September of 1976. After a KGB investigation, he was sent to Ignalina, in a country district of Lithuania. While he was kept there under house arrest and under strict surveillance, with obligatory permanent registration with the KGB, Andriukaitis from time to time managed to escape for meetings of the university.
According to Andriukaitis, there was a dynamic in Soviet policy in controlling society. Understanding the regime's changes is helpful in making a definition of what was/is cultural opposition. Compared to the time of Stalin's rule, when repressions were at their highest level, during the Khrushchev period there were more possibilities for informal non-Soviet networks to operate. The later Brezhnev period was a return to greater persecution of informal society. Andriukaitis argues that we should consider these political circumstances when identifying what was and what was not cultural opposition: the same actions could be allowed in the Khrushchev period, but persecuted during the Brezhnev period. He sees clear connections between the dissident movement, its groups, and cultural opposition networks. Dissident and underground organisations took a joint stand in cultural resistance to Soviet rule. The networks among the intelligentsia that operated without being strongly conspiratorial were related to the dissident movement, and there was collaboration between the two kinds of networks. The underground Strazdelis University was a dissident organisation. 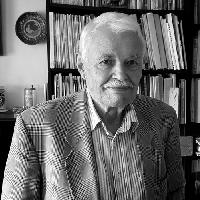 Ethnographer and politician Bertalan Andrásfalvy was born in 1931 in Sopron. His father was Károly Andrásfalvy, a public administrator in the city of Cluj (or Kolozsvár by its Hungarian name); his mother was Judit Mezey. She was a goldsmith.

Andrásfalvy attended school in Sopron at the High School of the Order of Saint Benedict. He then continued his studies in Budapest. He studied Hungarian and Romanian and Hungarian and Romanian Ethnography and Museum Studies at the University of Budapest. He graduated with a degree in ethnography and museology. He started to work at the museum of Szekszárd. He did research on folk culture and, in particular, the history of farming. He wrote his Doctor of the Academy thesis on the fruit culture in Hungary in 1990. In 1951, he started to collect material on folk dances and folk music. In 1988, he joined the Hungarian Democratic Forum and started his political career. Between 23 May 1990 and 22 February 1993, he served as minister of education. He was made professor emeritus at the University of Pécs in 2001.
прочети повече
36 - 40
«« предишна страница 1 ... 4 5 6 7 8 9 10 11 12 ... 218 219 следваща страница »»