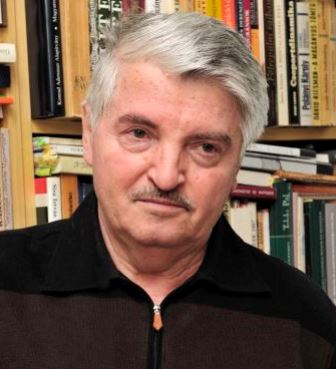 István Bakos (1943), a Hungarian scholar of culture, was an opposition activist. He graduated from the agricultural technical college in Szentlőrinc. Beginning in 1963, he worked as an agronomist in the New Life Collective Farm in Peterd. Between 1964 and 1969, he studied Hungarian language and literature and cultural program organization at Loránd Eötvös University, and he organized student life at the József Eötvös College. He finished his studies in 1969. For one year he was the student president at the University’s Arts Faculty. Between 1970 and 1973, he worked at the Academic Management Institute of the Hungarian Academy of Sciences, before taking a position at the National Council of Collective Farms. From 1975 to 1978, he worked at the Commission of Academic Policy of the Hungarian Government. Between 1979 and 1994, he worked at the Ministry of Culture. As a member of the national opposition, he was one of the initiators of the Gábor Bethlen Foundation (1980), whose aim was to protect national minority rights and advance minority cultural life. He contributed to the organization of the Lakitelek Meeting, a major event of the nationalist-populist opposition in 1987, and the creation of the political party the Hungarian Democratic Forum. From 1994 until 1999, he served as the elected secretary-general of the World Federation of Hungarians (WFH), and until 2004 he was the head of department at the National Schoolbook Publisher. Between 1999 and 2007, he served as the president of the Gábor Bethlen Foundation.