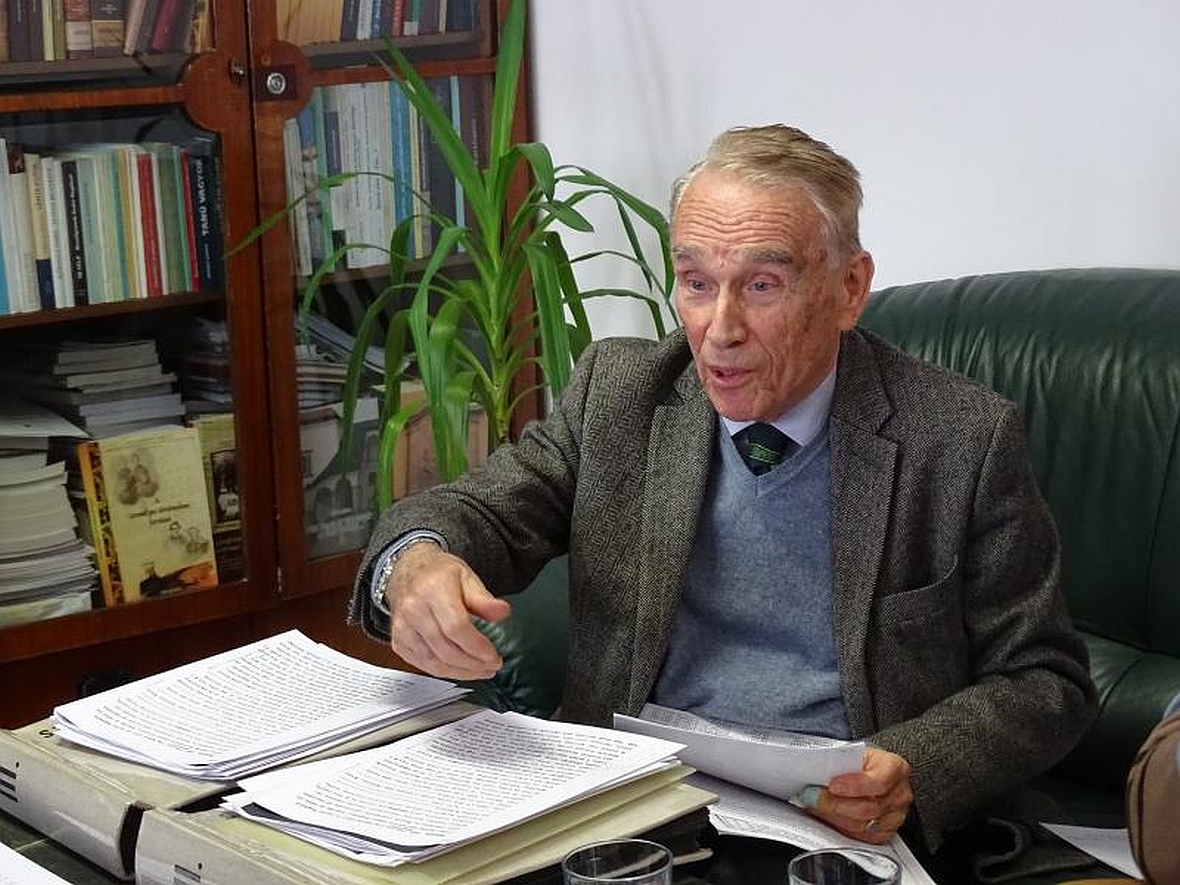 Gyula (Julius) Várallyay (1937–) was a second year student at the Technical University of Budapest in autumn 1956. He took an active part as a member of the student revolutionary committee and the National Guard of students. In late November, he left his native land for the West, much like the circa 7,000 students who arrived as refugees in several host-countries. He opted for the United States, where he managed to complete his studies at Harvard University and the Massachusetts Institute of Technology. In the meantime, he served as elected president of the worldwide organization of Hungarian émigré students, the UFHS / MEFESZ, from late 1959 till early 1961, and later he also supported a number of Hungarian-American organizations. He spent eight years working in developing countries in Asia, Africa, and South America with an international consulting firm, and he worked at the World Bank for over 29 years. He has been a board member of the Hungarian American Coalition, and he continues to do work as an international consultant. He also writes on public issues in Hungary. Since 2002, he has divided his time between Budapest and Washington, D.C.