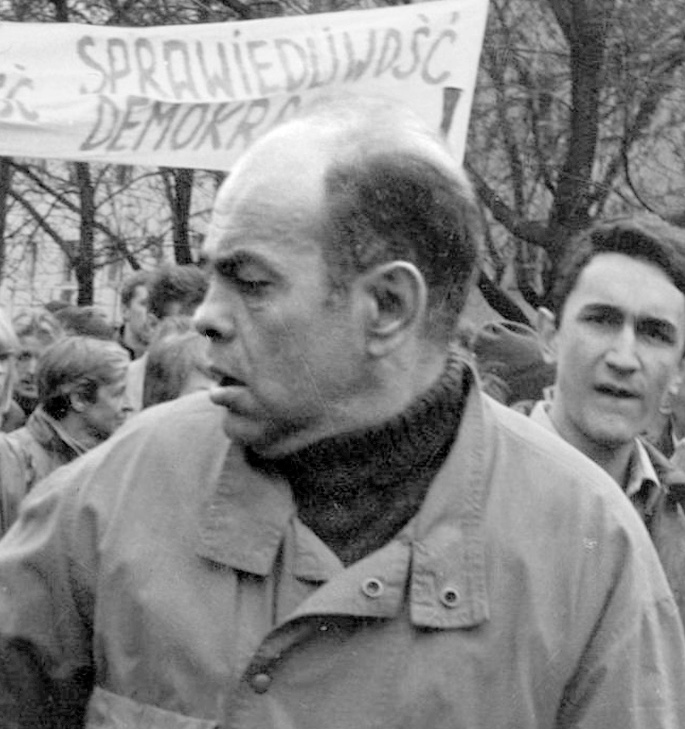 Jacek Kuroń was a Polish dissident, opposition activist, and democratic politician. He is considered one of the towering figures and strategists of the democratic opposition in Poland and Eastern Europe. A Marxist revisionist and a member of the popular reformist movement in 1956, Kuroń became disillusioned with the communist party in the early 1960s and in 1965 he co-authored with Karol Modzelewski The Open Letter to the Party, the left-wing ciritique of the communist party state. The publication of the Letter marked Kuroń's first imprisonment in People's Poland. Althogether, he spent around ten years in communist jails. Kuroń was the godfather of the Polish student opposition in 1968 and one of the leaders of the Committee for the Workers' Defense, founded in 1976. Although projected as a rabid anti-communist radical by the communist regime's propaganda, Kuroń was a strong advocate for civil and autonomous society and a pragmatist who tried to tame radical tendencies in the democratic opposition and the "Solidarity". For example, he promoted the "Finlandization of Poland". that is the transformation of Poland into a democratic state with limited foreign policy. He participated in the Round Table Talks, became a member of the parliament in 1989, and served as a Minister of Labour and Social Welfare in the governments of Tadeusz Mazowiecki and Hanna Suchocka. In 1995 Kuroń unsuccessfully ran for an office of the President of Poland. Towards the end of his life, he became increasingly critical of liberal capitalism and the social cost of the post-1989 economic transformation.