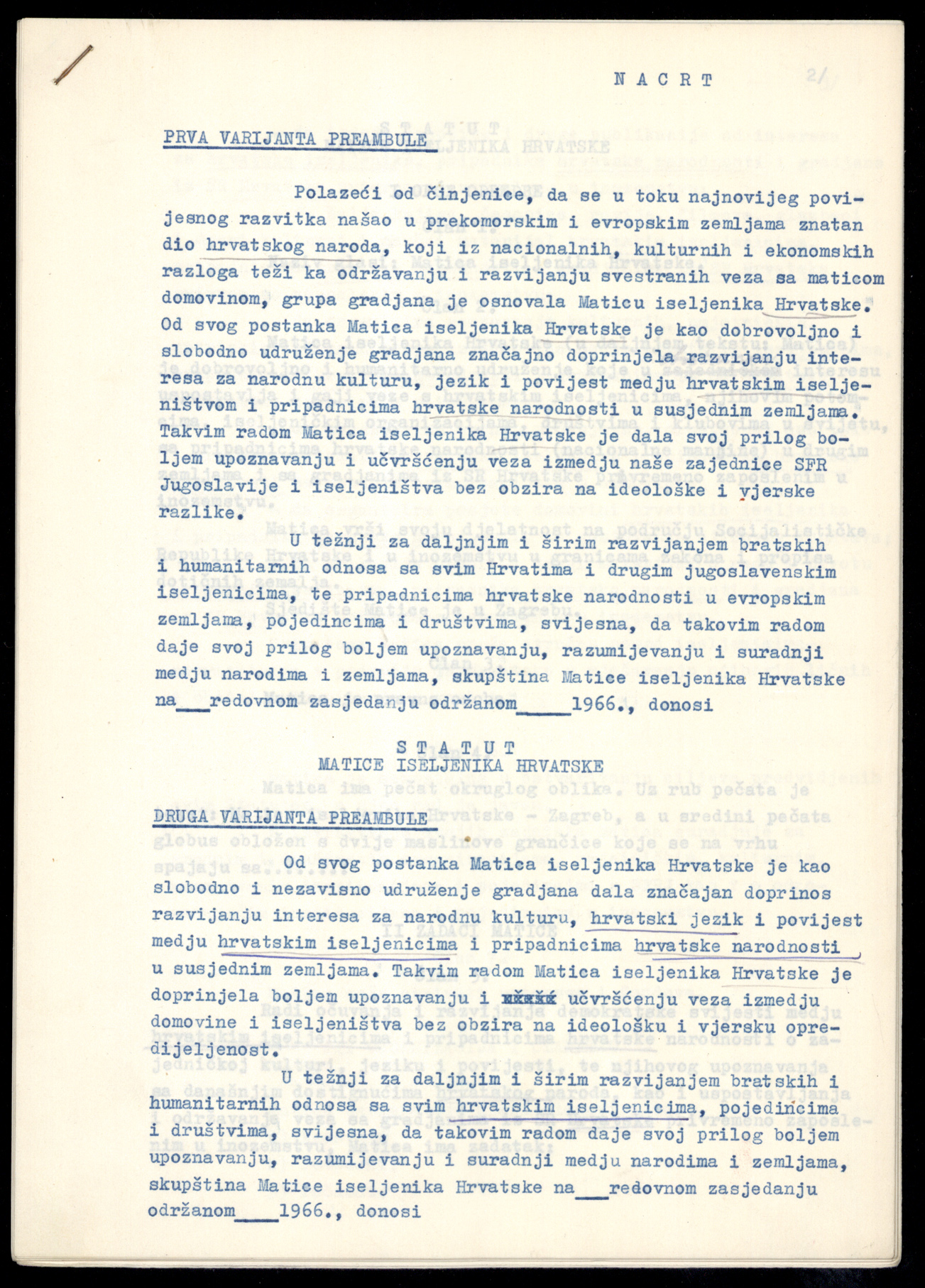 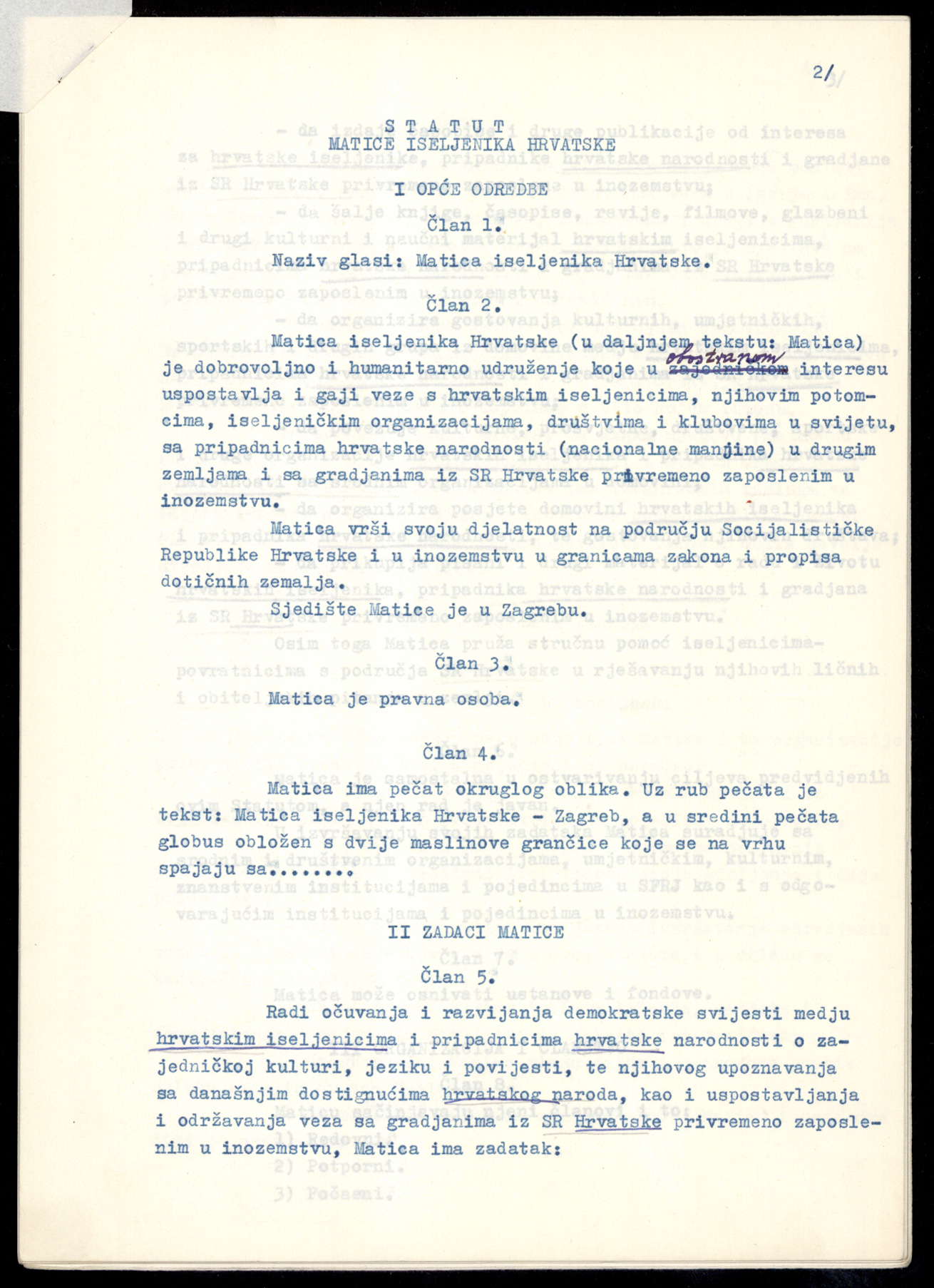 This document is one of the reasons for the political fall of Većeslav Holjevac, the president of the Emigrant Foundation of Croatia (EFC), because it led to charges of his nationalist activity. The members of the Commission for the Examination of Nationalist Phenomena in the EFC faulted the Charter’s text for its frequent emphasis on national adjective ("Croatian people," "Croatian language," "Croatian emigrants," "Croatian nationality") over the more accepted terminology ("emigrants," “our emigrants,“ “emigrants from Croatia," etc.).

Namely, the communist government did not support this emphasis on national qualities; rather it resolved the national question in heterogeneous Yugoslavia by  imposing the "supranational" ideology of "fraternity and unity," which was supposed to act as an integrative factor. Consequently, cultural institutions were not allowed to carry the name "Croatian" but rather ”of Croatia.“

By 1995, the document was, along with the other records of socio-political organisations, a part of the Archives of the Institute of History of the Labour Movement of Croatia/Institute for Contemporary History. That year, in July, it was handed over to the Croatian State Archives (CSA) ​​where it is kept today. The documents are accessible for use without any restrictions.