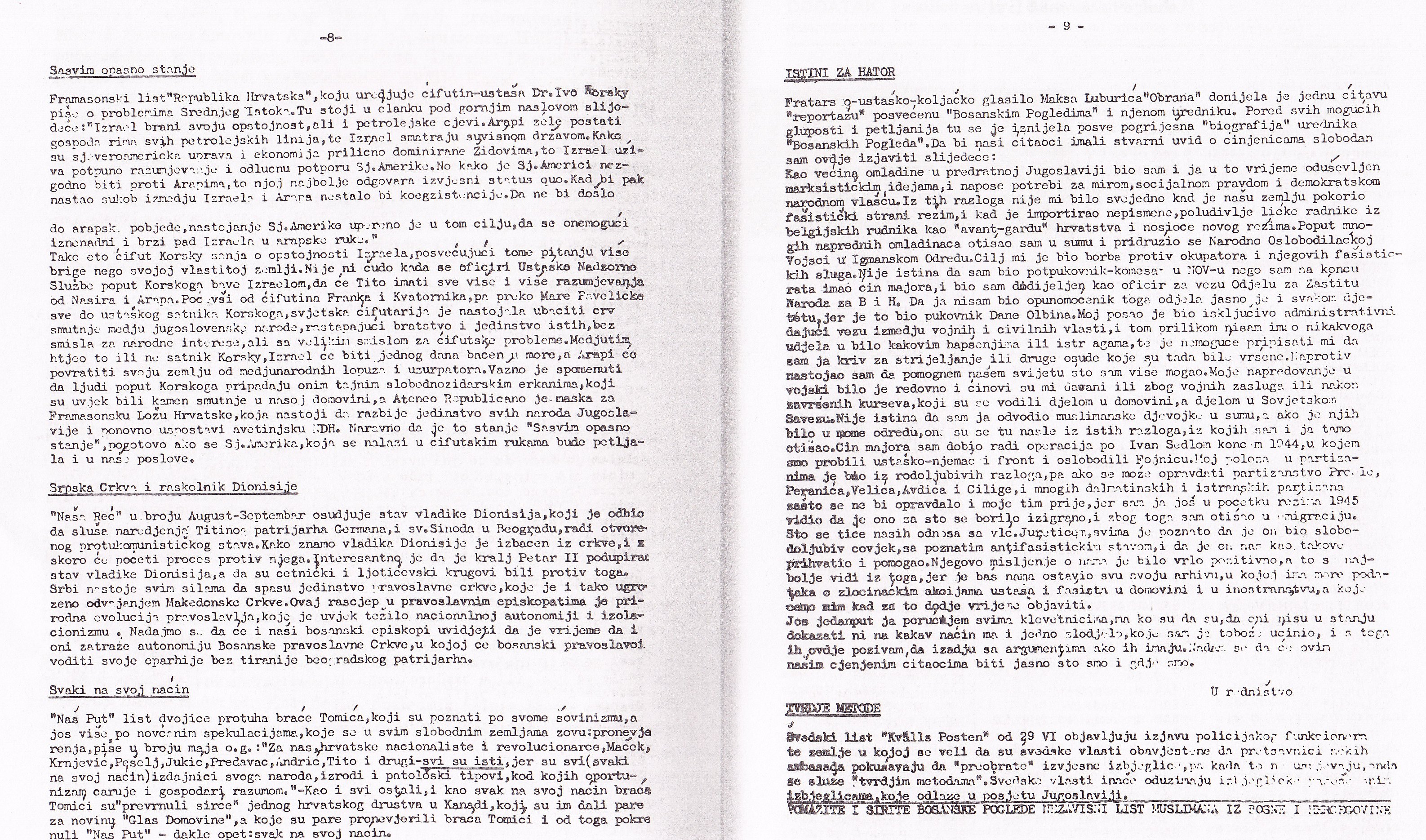 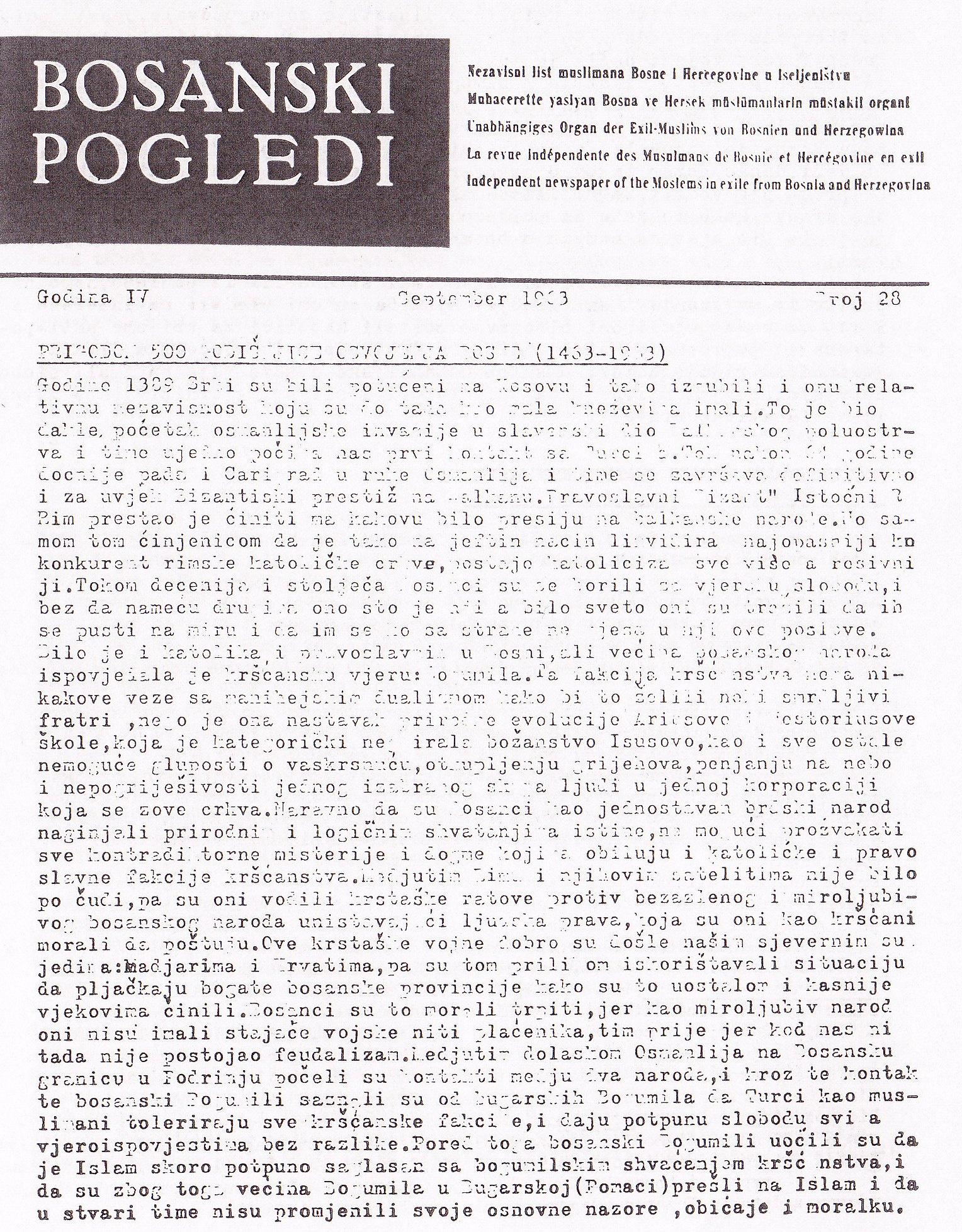 In France at the end of August 1963, around 300 to 500 copies of a fake issue (28 September) of Bosnian Views were distributed in A5 format including 9 pages of text.
The forgery of issue number 28 was identical to the original September issue in the number of pages and its headlines. The fake  issue however is characterized by poor print quality and therefore is relatively difficult to read. The first text that was signed as Z. bearing the title “On the occasion of the 500th anniversary of the conquest of Bosnia (1463-1963)”, in which the belief in the dogmas of Christianity is relativized and the reasons for the so-called “Good Bosniaks” converting to Islam presented in a rough way. The following text "What Muslims Must Know about Christianity" was signed with “Dr. Smail Balić”. In this text, the author undertakes a "scientific" discussion of the dogmas of the church, referring to the Gospels, the Qur'an, and the Hadith. It should be emphasized that at the end of the text, and in order to provide an illusion of the continuity of the editorial board, it is indicated that the content is going “to be continued”. The text also included the fake signature of “Dr. Selim Teskedzić (Tanja Nikšić)” under the heading “What Does Every Bosniak Need to Know?”, which attacks certain (real or fictitious) diaspora groups supporting the Croatian Peasant Party. In general, the fake issue took on an aggressive tone, full of propaganda, in which the texts supposedly signed by the editorial board were used try stir up Yugoslav diaspora and emigrant society.