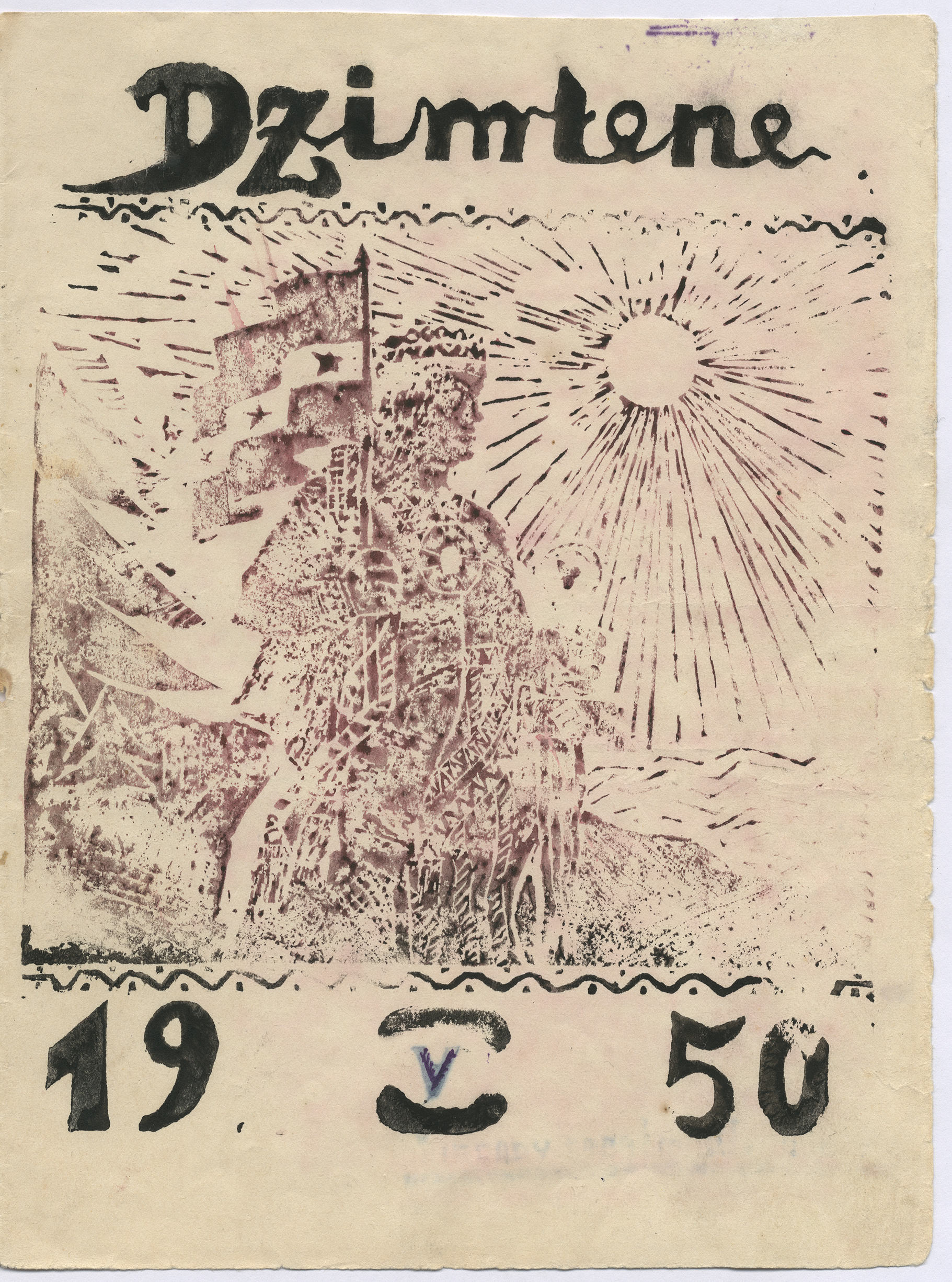 The underground periodical Dzimtene (The Motherland) was published in 1950 and 1951 by Vilis Toms, a member of the Association of Latvian National Partisans (as editor), and Broņislava Martuževa. The periodical was written and copied by hand, because there were no possibilities for printing it. Each of the 11 issues was copied out by Martuževa by hand, up to ten copies. One problem was the distribution of the periodical. Martuževa thought of putting it in the letter boxes of local people. However, some copies were instantly obtained by state security organs. The May 1950 issue of the periodical consists of 16 pages. The cover was made by Pēteris Logins.