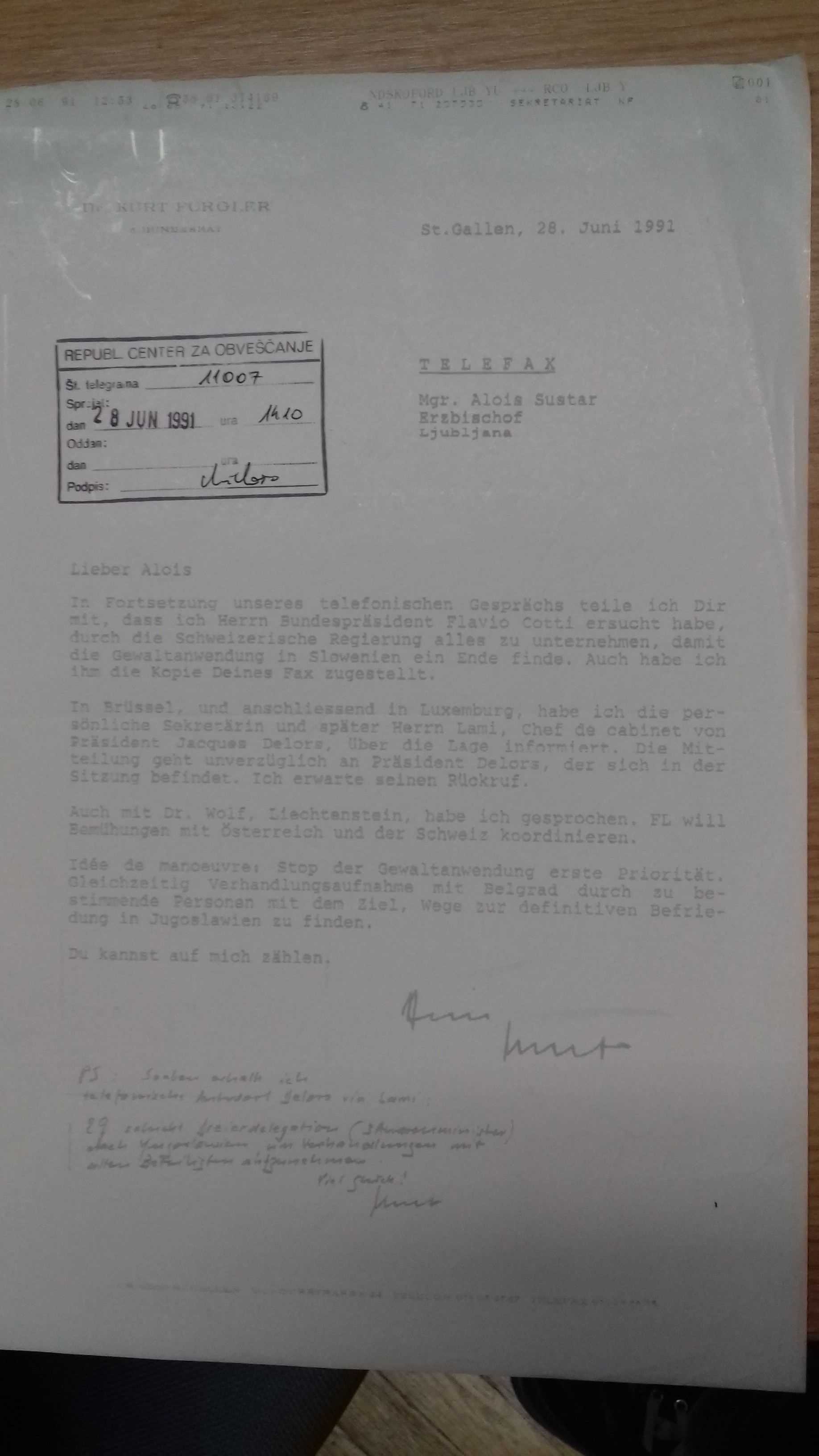 The role of the telegram written by Kurt Furgler (1924-2008), former president of the Swiss Confederation and sent to his personal friend of Alojzij Šuštar was to report on the activities conducted by Furgler in contacting the president of the Swiss Confederation Flavio Cotti and the president of the European Commission, Jacques Delors. Its aim was to stop the aggression of the Yugoslav People's Army against Slovenia. The letter confirms the high level contacts exercised by Archbishop Šuštar in international politics in order to firmly establish democracy in Slovenia. The document shows that Mr. Furgler was active in coordination with Archbishop Šuštar.

The authorities, namely the still communist Yugoslav People's Army (YPA) could not react to the document, because it arrived to Ljubljana on June 28, 1991 at the opening stages of the Slovenian War of Independence. Had they known about it, they would have treated such a case as high treason on Archbishop Šuštar’s part. It was important both to the Catholic Church in Slovenia and the broader Slovenian public, because it was a sign of hope and encouragement at the moment when the democratic will of the Slovenian citizens was being forcibly supressed by the armed intervention of the YPA.