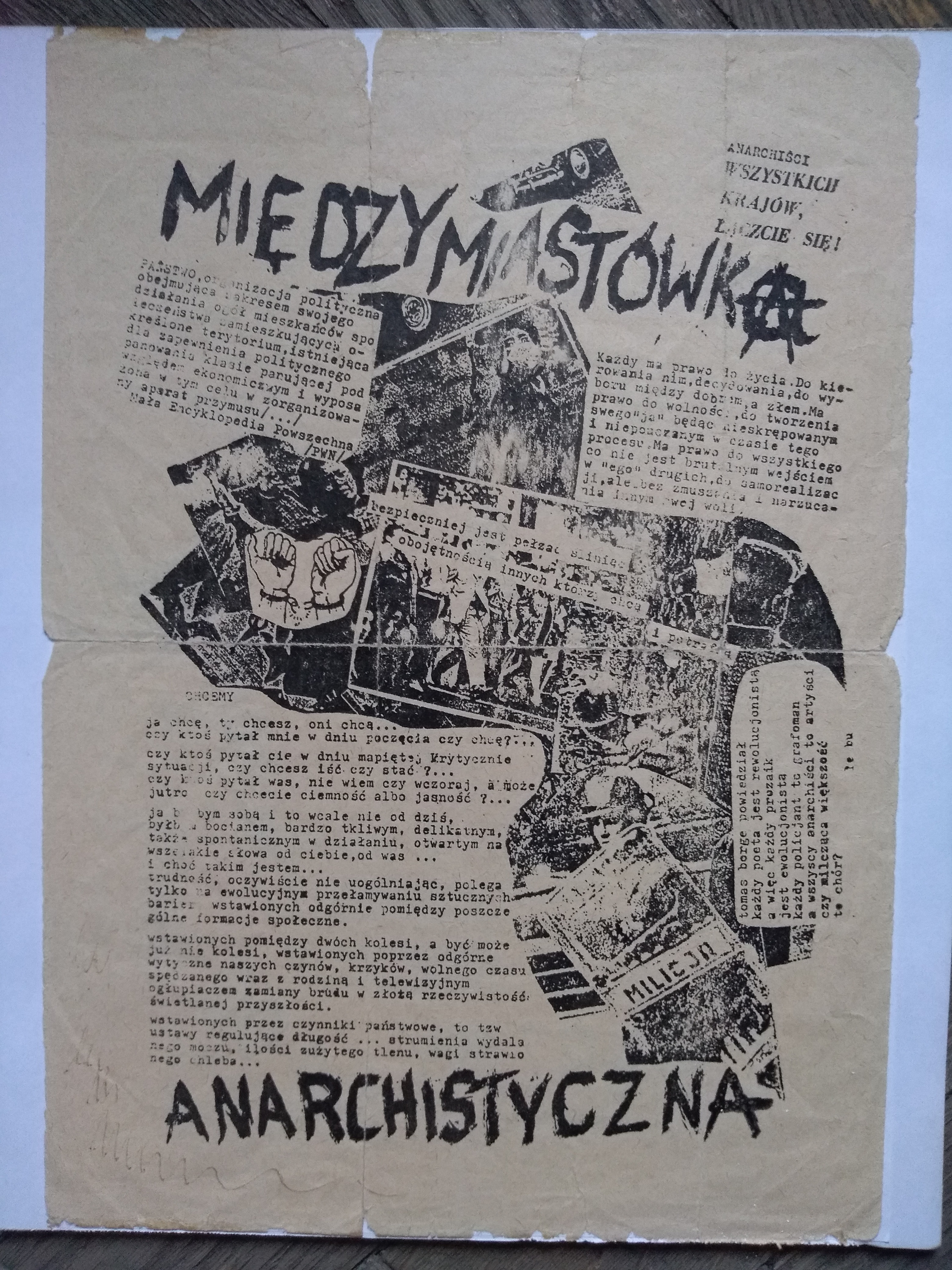 The Anarchist Intercity (MA – Międzymiastówka  Anarchistyczna) was a Polish net of anti-authoritarian groups and milieus. It was initiated in 1988 by members of The Alternative Society Movement and Freedom and Peace movement, that exhisted before. Among MA’s members were also activists of Totart, Orange Alternative, and other collectives and youth organizations of alternative-anarchistic leanings. Soon, in 1989, most of the members decided to transform this loose communication network into a structured organization. The decision was also made to change the name: initially to the Federation of Anarchist Intercity, and later to the Anarchist Federation (the latter is still active).

The poster, hanging on the wall of the office of prof. Barbara Fatyga, is a testimony to the beginning of the integration of dispersed anarchist environments. It is a collage of photographs, sketches and text. Collage technique was very popular in the third-circuit publications as a gesture of artistic freedom, aimed to startle the readers accustomed to linear reading of text. The poster’s slogan “Anarchists of the world, unite!” connotes revolutionary ambitions of the movement. Textual parts refer to the critical definition of the state but also the existential, rather than strictly political dimension of freedom. That is another reason why the poster is characteristic to the Polish anarchism of the 1980s as it combined political, cultural, and philosophical issues.