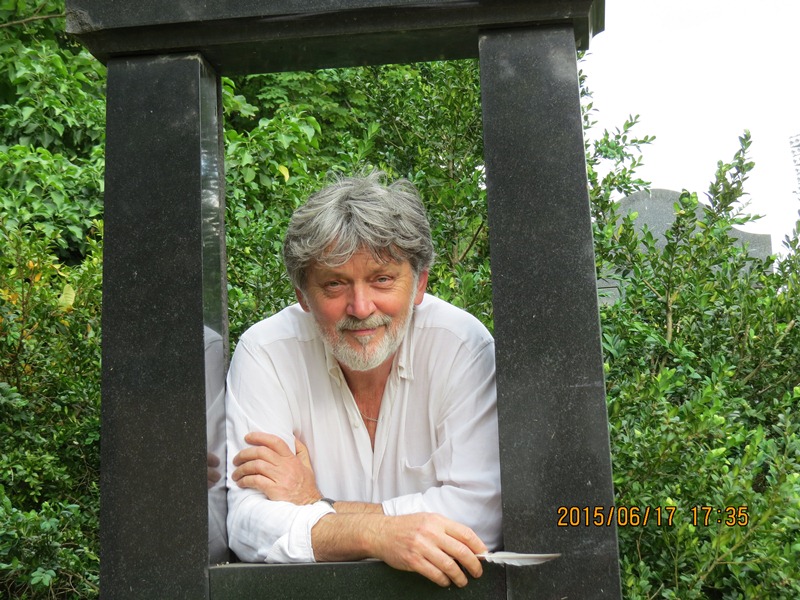 From 1980 he took an active part in the democratic student as well as dissident movements by joining and initiating actions e.g. the independent peace march of Budapest in 1981; solidarity protests for the banned Polish Solidarnost movement, East European dissidents arrested; 1956 memorial demonstrations, or actions organised by SZETA (the fund of Hungarian democratic opposition for aiding the poor). Since 1977 he has published a number of studies, essays and articles both in samizdat and in legal papers, worked as a book illustrator as well as a literary translator of contemporary English, Irish, Indian, Canadian stories, novels and plays. From 1984 he voluntered to prepare the first Hungarian samizdat translations of such strictly banned authors all through the Communist era, like George Orwell (The Animal Farm, Selected Essays) and Arthur Koestler (The Doom of Politics). In early 1987 together with Albert Tódor and other fellows he launched a samizdat periodical Határ/idő/napló – Erdélyi Figyelő (Deadline Diaries – Transylvanian Monitor) documenting the harsh political, economic, and cultural opression of the 2.2 million Hungarian national minority in Roumania. In May 1989 he published his own samizdat book on the same issue with the penname Homoród, Bálint. (Kétség és remény közt. Erdélyről sokadszorra – Hopes and Doubts: Once Again on Transylvania) In the meantime he got more and more involved in active cooperation with human rights organisations, such as the Amnesty International and the Helsinki Watch for which he volunteered regular fact finding field work in Roumania, and case studies on discriminations against Hungarian Gipsies. During the 1980s he maintained close contacts with Hungarian political emigrés in the West and their tamizdat press. (Vienna, Paris, London) He also took an active part in workshops and conferences held on refugee and human right crises in the Central and East European region. (1987 Vienna, 1989 Rome, 1990 Kopenhagen.)

In 1990s he worked as the editor of Beszélő (Speaker, a liberal weekly), and Replica (a Budapest periodical of social sciences). From 1995 he received a three years long research grant from the Hungarian Soros Foundation. From 2001 he taught history and film history for American MA students as a lecturer of Central European Studies Program of ELTE Budapest and the UCLA. Presently he is a lecturer of MOME (Moholy-Nagy Art University Budapest) teaching art philosophy. Besides his own books he managed to publish a number of studies and essays on different themes, has written film and television scripts, made documentary portraits, interviews, and directed his own films. His most recent monograph and feature long documentary film: Patria nostra. ’56-os menekült kamaszok a Francia Idegenlégióban  (Patria nostra: Minor Hungarian Refugees of 1956 in the French Foreign Legion)  both came out in late 2016.