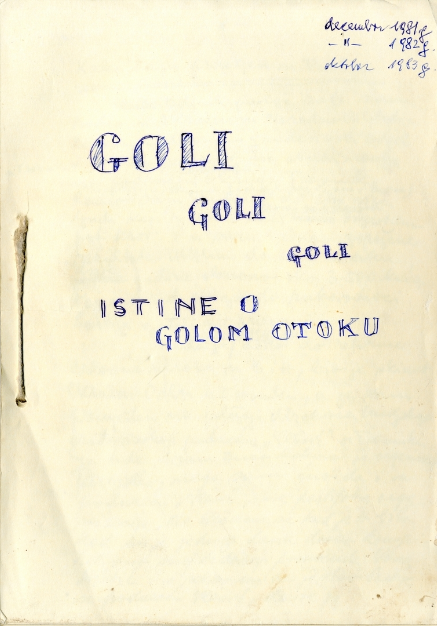 The Grgo Šore Goli Otok Collection is part of a broader collection consisting of documents from personal and family bequests and is kept in the Croatian History Museum. The collection includes documentation about Goli otok (a small rocky island in the Adriatic Sea), official correspondence, newspapers and photographs. In his manuscripts, Grgo Šore described in detail all of the horrors he experienced on Goli otok during his captivity as a falsely accused “Cominformist.” Particularly noteworthy are the drawings depicting the brutal treatment of inmates by the prison guards.