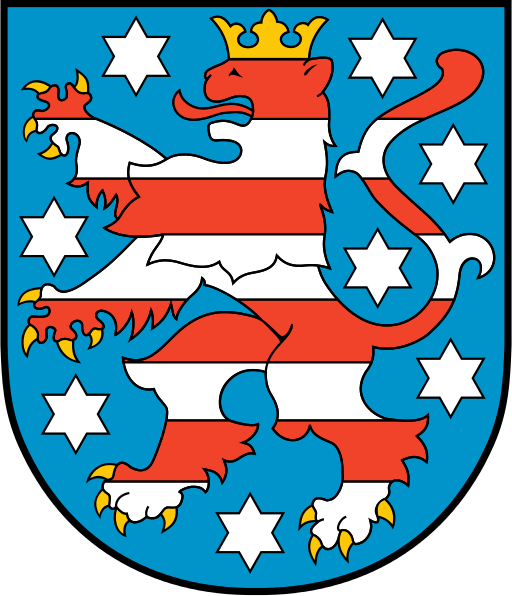 Thuringia is one of the 16 German federal states. It was founded with the reunification on October 3rd, 1990. The borders were based on the Land Thuringia that existed during the Weimar Republic and the 3. Reich. In 1993 Freistaat (Free State) was officially added to its name. This has historic reasons but no political meaning. Thuringia has an area of 16.000 Square kilometres and 2.2 Million inhabitants. The capital is Erfurt.