Mrs. Hetényi Varga is the widow and co-author of Károly Hetényi Varga, who herself did research on clericals who had suffered under the dictatorships of the 20th century. She was born in Szécsény in 1930 as Borbála Varga. After finishing secondary school (1946), she couldn’t continue her studies because of the hard political and economic situation. She later graduated from school and worked at the office of the National Insurance Company. She had to seek treatment at the Korányi Sanatorium (Budapest), because she got tuberculosis in October 1956. She underwent surgery in 1957. After her recovery, she worked at the Sanatorium (1958–1960), where she met Károly Hetényi Varga, who himself sought treatment there. In July 1960, they got married, and soon they had two boys: Péter Pius (1961) and Károly József (1962). Borbála Varga started to work in the surgery in the Komló City Hospital, but after the birth of their first child, she worked as a regional nurse until her retirement. She helped with their husband’s church historical research, typing the audio materials and sorting sorted the documents, which later were edited by her husband. She was the first reader and the first person to correct the manuscripts. After the death of her husband (2002), she offered Hetényi Varga’s collection to the Cistercian Abbey of Kismaros. 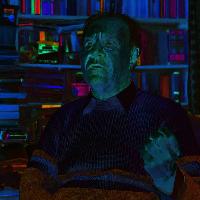 Sándor Varga was born in 1942, in Chotín ( Slovakia). He graduated in Komárno, then continued his studies at the Pedagogical Institute in Nitra. He completed his studies at Comenius University in Bratislava and graduated as a historian-archivist. He received his PhD in 1975. He participated in youth organisations while still a student. The first youth organisation of ethinc Hungarians was established in Czechoslovakia in 1964,after the Czechoslovak Union of Youth failed to meet their needs and claims.  Varga was one of the founders of the Hungarian Youth Association [Magar ifjúsági szövetség]. This association (MISZ) was established in 1968 in Bratislava as  a response to the political situation following the Warsaw Pact invasion of Czechoslovakia. The main purpose was to create an independent youth organisation, on that protected the rights of Hungarian youth.  From 1968 to 1970 Varga worked as a secretary in the largest cultural organisation of ethinc Hungarians in Slovakia, CSEMADOK. Until the Velvet Revolution (1989) he worked as archivist in the Slovak National Archives; during this time he remaind the member of CSEMADOK and defended the rights of Hungarians. After the Velvet Revolution, between 1989 and 1990, Varga was the Deputy Prime Minister in the Slovak goverment. While in government, Varga represented the Hungarian independent intiative. This intiative was created as one the most important movements during the Velvet Revolution. It worked closely with Public Against Violence. From 1978 till 1989, Varga was a member of the Hungarian minority’s rights defense committee. The commitee co-worked with some international organisations whose main purpose was to protect human rights. In 1991 he created the Documentary centre of nationalities in Bratislava. The centre’s main purpose was to document the history of the Hungarian minority in Slovakia. Throughout his life Varga tirelessly defended the rights of the Hungarian minority in Czechoslovakia and Slovakia. He also had a big part in maintaning Hungarian cultural heritage in Slovakia. He was not persecuted for his activities. 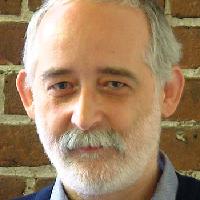 János Vargha (1949) is a Hungarian biologist, environmentalist, and photographer. He founded and directed the Danube Circle (Duna Kör), a civil movement which opposed the Nagymaros dam project on the Danube River in the 1980s. He completed his studies at the József Attila University of Sciences in Szeged in 1977, after which he worked at the periodical Diver. In 1981, he began to write articles and deliver lectures on environmental issues concerning water management. In 1984, he joined the Duray Committee, a movement which offered criticism of and put up opposition to the Czechoslovak leaderships’ policies against the Hungarian minority in Czechoslovakia. In the same year, he founded the environmentalist movement Danube Circle. Thanks to his efforts, the organization was awarded the alternative Nobel Prize in 1985. This prompted the Hungarian opposition to support environmentalist candidates in the parliamentary elections in 1985. He was dismissed from his workplace, the editorship of the periodical Science, because of his oppositional activities. In 1988, he became the government’s senior advisor on environmental policy. Until 1997, he was the leader of ISTER – East European Environmental Research Foundation. From 1998 to 2000, he was the chief environmental advisor of the Hungarian government. Now he is working as a photographer and web developer. 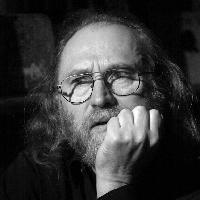 Vladimír Veit is a Czech singer, songwriter, composer, journalist and founding member of the voluntary association of singers and songwriters “Šafrán”, which between approximately 1972 and 1978 covered a group of folk musicians in Czechoslovakia until it was broken up by the State Security at the end of the 1970s. Alongside Veit, the group also included Vladimír Merta, Vlastimil Třešňák, Dagmar Andrtová-Voňková, and Jaroslav Hutka. Vladimír Veit started performing at the end of the 1960s – at first, playing Czech versions of songs by Bob Dylan or Donovan, and later his own material. Veit and Hutka went their separate ways as a music duo in 1968. However, they still write songs together today, and Veit writes music to accompany some of Hutka’s lyrics. Veit also writes music to other lyrics written by Czech and foreign musicians. Among his most popular works is the album “Texty”, where he linked works by 19th-century Czech writers (Neruda, Vrchlický) with contemporary texts by the former dissidents Václav Havel, Pavel Kohout and actor Pavel Landovský. As a signatory of Charter 77 and distributor of samizdat texts, Veit was coerced into leaving Czechoslovakia by the State Security (StB) as part of its Asanace operation. He left for Austria in 1981 and continued to produce music. In Austria, he released his albums “Texty” (1982) and “Quo vadis” (1984), which was recorded with the multi-instrumentalist Emil Pospíšil. They were both released by the exile publishing house “Šafrán 78”, founded in Sweden by Jiří Pallas – another member and organiser of “Šafrán” who had been forced to leave Czechoslovakia. Veit returned from exile in 1990. He continues to produce music and published his autobiography “Ještě to neskončilo” (It’s Not Over Yet) in 2016.

Born in 1984, Iskren Velikov spent only his early childhood during the period of socialism. His involvement with the theme of the socialist past began during his study of history at Sofia University "St. Kliment Ohridski", where he specialized in Contemporary History of the World. Since 2009 Velikov has worked as curator at the Rousse Regional Museum of History and has further developed his professional interest in the recent past. Velikov participates in field studies on everyday life during socialism and has publications on the recent past:
Velikov, Iskren. 2012. "Pamet i musika - shtrihi ot retseptsiite za 'zabrani' ot vremeto na sotsialisma" [Memory and Music – Strokes of the Receptions for “Prohibitions” from the Period of Socialism]. In: Izvestia na Regionalen istoricheski musey - Ruse [Proceedings of the Rousse Regional Museum of History], volume 16, Ruse, pp. 62-76.
Velikov, Iskren. 2013. TKZS 'Deveti Septemvri', village Beltsov - dialog mezhdu darzhava i sobstvenitsi (1950-1958)” [The “Ninth of September” Cooperative Farm in the Village of Beltsov – Dialogue Between the State and Landowners (1950-1958)]. In: Godishnik na Asotsiatsia 'Ongal' [Yearbook of the "Ongal" Association], volume 12, Sofia, pp. 47-63.
Velikov, Iskren. 2013. “Sluchayat 'Ana Ventura' i temata za geroichnata smart" [The “Ana Ventura” Case and the Issue of Heroic Death]. In: Koleva, Daniela (ed.), Smartta pri sotsialisma. Geroika i postgeroika [Death Under Socialism. Heroics and Post-heroics]. Sofia: Center for Advanced Studies, pp. 77-92.
Velikov, Iskren. "Znatsi na ekoprotestite v Ruse (1987-1991)” [Signs of the Ecological Protests in Rousse (1987-1991)]. Forthcoming.
Velikov, Iskren. "Albumat na TPK 'Solidarnost' - Ruse: modeli na visualno predstavyane" [The Album of the “Solidarnost” Labor Production Cooperative in Ruse: Models of Visual Presentation]. Forthcoming.