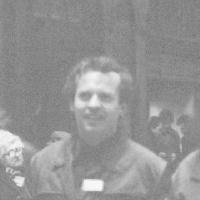 Karel Srp, a Czech music journalist, was born on 18 January 1937 in Beroun. He studied chemistry at a technical college and worked at the Research Institute of Asbestos Cement between 1959 and 1969. He worked as a manual worker from 1969 and as an editor and journalist at the Panton publishing house between 1972 and 1984. He began publishing articles in music magazines in the 1960s. Karel Srp was the vice-chairperson and then chairperson of the Jazz Section (1981–1983). Originally the Jazz Section was founded as an official branch of the Czech Union of Musicians in 1971. After his promotion to the position of chairperson, the section became more politically active and was also more open to other areas – from music to a more broadly understood definition of culture. From the outset, JS published, for example, “Jazz” (1972), a bulletin for its members, and later books about jazz, rock music, contemporary art, philosophy etc. in a series called “Jazz petit”. JS fell out of favour with the regime who viewed it as an “enemy” institution, and there were attempts to officially dissolve it from the beginning of the 1980s. Srp, who had been one of the section’s most significant members since its foundation, did not avoid being prosecuted (as well as other leading members of JS) and was sentenced to a 16-month jail term in 1986; he was released in January 1988. He attended a meeting of dissidents with François Mitterrand, the president of France, in December 1988. After November 1989, he became a department director at the Ministry of Culture (February – October 1990) and afterwards chairperson of Artfórum – the successor to the dissolved Jazz Section. Karel Srp was registered as a State Security (StB) collaborator between 1976 and 1982. However, the views of his colleagues and other contemporaries on this matter differ. Srp himself claims to have played a “double game”, informing the StB only about unimportant and easily verifiable facts to protect the Jazz Section. However, he was (together with Vladimír Kouřil) one of two members of JS who were sentenced during the trials to a custodial sentence. 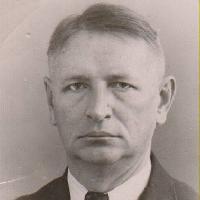 Sruoga was a famous Lithuanian writer, poet, literary theorist and playwright. In 1914, he began studying literature at St Petersburg University in Russia, and later he continued his studies at Moscow University. In 1918, Sruoga returned to Lithuania. In 1921, he enrolled in the University of Munich, where he received his PhD in 1924 for his doctoral thesis on Lithuanian folklore. After returning to Lithuania, Sruoga taught at Vytautas Magnus University in Kaunas. He also wrote various articles on literature. From 1930, he began writing dramas. In 1939, he began teaching at Vilnius University.

Sruoga's best-known work is the novel The Forest of the Gods (Dievų miškas), based on his own experiences as a prisoner in Stutthof concentration camp. In 1943, he and forty-seven other Lithuanian intellectuals were arrested and imprisoned by the Nazis. Sruoga was freed by the Red Army, and returned to Soviet Lithuania in 1945. He wrote the novel The Forest of the Gods the same year. The manuscript of the novel was severely criticised by Party officials, and was first published in Soviet Lithuania in 1957. 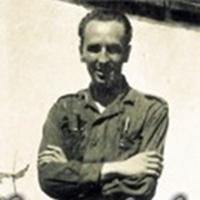 Henri H. Stahl (b. 1901, Bucharest – d. 9 September 1991, Bucharest) was one of the most respected sociologists in Romania, a member of the so-called Bucharest School of Sociology, which, in the interwar period, developed under the guidance of Dimitrie Gusti the method of monographic study of villages with the help of a multidisciplinary team. At the same time cultural anthropologist, social historian, and rural sociologist, Henri H. Stahl became a key name in each of these fields. He was the son of the writer and historian Henri Stahl, who is known for his creation of an original system of shorthand and for founding the Romanian schools of graphology and palaeontology. The same family of Alsatian-Swiss origin, an unusual background even for pre-war Bucharest, produced another two very well-known intellectuals of the interwar period: the novelist Henriette Yvonne Stahl and the theoretician of social democracy Şerban Voinea, sister and half-brother respectively of Henri H. Stahl. Having graduated from the Faculty of Law in 1921, Stahl began his collaboration with the founder of Romanian sociology, Dimitrie Gusti, in 1930. As part of the famous monographic teams that roamed the villages of Romania, he made his mark as one of Gusti’s closest and most creative collaborators, working as his assistant in the Department of Sociology, Ethics, and Politics of the Faculty of Letters and Philosophy of the University of Bucharest. As a sociologist, he published numerous studies, especially about rural sociology, but also regarding methods of sociological investigation. In 1943, he moved to the newly founded Department of Rural Sociology, before going on to become head of the Department of General Sociology.

In 1948, with the full installation of the communist regime in Romania, the study of sociology was forbidden because the discipline was considered a “bourgeois subject.” Consequently, Henri H. Stahl was forced out of teaching, despite the fact that he was among the few genuine leftist intellectuals in Romania. As he himself put it, his convictions were purely theoretical and not political; in any case, their origins lay in Marxist tendencies, but not in Bolshevism: “I was convinced that historical materialism was an admirable tool of scientific research, but that was all. I wasn’t even particularly enthusiastic as a socialist. Kautskyist, Kautskyist, but I had read Bernstein too, not to mention many others as well. I was very impressed by Proudhon, by the French communist socialists; I wasn’t at all convinced that Marx was right when he said that we would inevitably arrive at a socialist society. And in any case, I wasn’t at all convinced that a socialist society would look like what the Bolsheviks wanted. I couldn’t go along with that business. […] I was up-to-date with all these debates. And I was convinced that the social democrats were right. Kautsky was for me a great teacher. […] Indeed that was one of the faults that was held against me when I was judged and put out of the Communist Party. As a social democrat, I was passed to the communists, and there I was judged and thrown out” (Rostás 2000, 14).

After being purged from the University, he had to work at the Institute of Urbanism in a marginal professional capacity, as a technical draftsman, until 1956, when he was forced to take early retirement. It was only ten years later, in 1966, after the reintroduction of sociology as a section of the Faculty of Philosophy, that he was called back to teaching. Starting from this period, he contributed to the revival of Romanian sociology, within frameworks well coordinated and controlled by the Romanian Communist Party, together with Miron Constantinescu, himself an important figure both in the political circles of the first three decades of Romanian communism and in academic circles. At the same time he had the opportunity to publish extensively on themes regarding rural sociology and research methods and techniques. Particularly deserving of mention is the volume Amintiri şi gânduri din vechea şcoală a monografiilor sociologice (Memories and thoughts from the old school of sociological monographs) (1981). This was initially rejected for publication in the format of a history of Dimitrie Gusti’s sociological school including a contribution by Traian Herseni, Stahl’s former colleague in the teams carrying out monographic studies of villages, an intellectual of the extreme right between the wars and a former political prisoner under communism. After Herseni’s death, however, Stahl managed to publish his contribution to this history in the form of a memoir under the title mentioned above. In view of this example of differentiated treatment of authors, it may be said that in the Ceaușescu period Henri H. Stahl’s pre-communist leftist convictions contributed to his rehabilitation by the regime. In 1969, he was elected a member of the Academy of Social and Political Sciences, and, from 1974 he was a corresponding member of the Romanian Academy. It was only after the fall of communism that he became a full member of that institution, in 1990. He was also a Chevalier of the Legion of Honour. 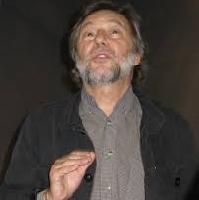 Staniewski, Włodzimierz
Włodzimierz Staniewski was a student of Polish Studies at the Jagiellonian University and later at the University of Wroclaw. As a student he joined Krakow's Theatre STU. He worked with Grotowski's Laboratorium theatre in 1971-1975. Before founding his own theatre centre, he had travelled extensively throughout eastern Poland in the 1970s. His ethnographic research trips were aimed at finding a new, natural environment for creativity, and at creating theatre in which the line between pop and elit culture would be mingled. In the 1980s he organised a number of international symposia attended by representatives of the humanities and theatres around the world. He also gave lectures, i.e. at the U.S. universities, in Dallas, New Hampshire, New York, as well as Mexico City and the Theatre Academy in Paris.
прочети повече
Stark, András

András Stark (1948-) is a doctor, psychiatrist, and professor. Together with Ferenc Erős, he led the interview project on the experiences of second-generation Holocaust survivors.

Stark completed his PhD at the medical university. He graduated in 1972. He is an expert on psychoanalysis. In 1979, Stark and Erős decided that they would do interviews with second-generation Holocaust survivors. The idea was prompted primarily by their family histories. Their Jewish origins played a major role in their scientific interests. As a psychiatrist, Stark dealt with the Holocaust and traumas which ensued from the suppression of the memories of these traumas within families.

Judith Kestenberg’s study on the children of people who had suffered persecution was an inspiration for them. They planned similar research. Initially, they held lectures in a professional circle about their conclusions. The first public presentation was organized as part of an event held by the Hungarian Psychiatric Society in 1983. (The title of the presentation was “A társadalmi diszkrimináció hosszantartó hatása a személyiségfejlődésre: A holocaust utáni nemzedékek identitásproblémái” or “The Effect of Social Discrimination on Personality Development: Identity Problems of the Generations after the Holocaust.”) Some of their colleagues were disgusted by this topic, and they contended that it was not “relevant” and would foster the Antisemitism.
прочети повече
56 - 60
«« предишна страница 1 ... 8 9 10 11 12 13 14 15 16 ... 21 22 следваща страница »»