1 093
Елементи на страница:       «« предишна страница 1 ... 3 4 5 6 7 8 9 10 11 ... 218 219 следваща страница »»
Alexander, Solzhenitsyn
Alexander Solzhenitsyn was one of the most prominent figures in the history of cultural opposition in the Soviet bloc. Solzhenitsyn was a Russian writer and novelist whose book The Gulag Archipelago - which was inspired by and documents his own imprisonment in Stalin's labour camps - was one of the most widely distributed literary works via transnational samizdat/tamizdad networks. He was awarded the Nobel Prize in 1970 and was expelled from the Soviet Union in 1974.
прочети повече 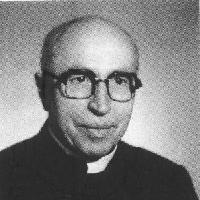 In 1937, Vaclovas Aliulis (1921-2015) joined the Marian Order. He completed his studies at the Marian Catholic Gymnasium (an independent religious secondary school) in 1940, and at the Kaunas Seminary in 1945. Aliulis became a Catholic priest in 1944.

Aliulis served as a Catholic priest in various Catholic parishes in Lithuania: in Varėna and Marijampolė (1945 to 1948), and from 1948 in a number of parishes in the Vilnius diocese. At the same time, he was secretary (1965-1979) and chair (1980-1990) of the Liturgical and Church Music Commission of the Lithuanian Conference of Bishops. In 1970-1974, Aliulis was vice-rector of the Kaunas Seminary. In 1974, he was dismissed from the position at the demand of the Soviet government. From 1979, Aliulis lectured on theology and the catechism on underground courses for nuns. He participated actively in underground catechisation, and was a lecturer in the Underground Catholic Seminary, which was established to train priests for Catholic churches in Lithuania, Belarus, Ukraine and other Soviet republics. Twenty priests were prepared in the seminary to serve in Catholic parishes. Knowing that during Soviet times the official training of priests in the Kaunas Seminary suffered from frequent intervention by the government, the activity of the Underground Catholic Seminary was important to the church and the community of believers.

Painter. After early drawing studies he learned pharmacology, then painting at the Academy of Fine Arts, Budapest. He moved to Szigliget in 1965 and beside artistic activities, he farmed there as well. He was brave to use the limitless possibilities of contemporary art, in a sovereign way. He borrowed the extreme handling of materials from surnaturalism, and the open use of forms and content from Pop Art. He painted with pastel and oil, utilized collage and assemblage as well. As a member of the circle around Miklós Erdély, he participated also in art performances. He developed his own private mythology, “gagaism.”

In 1971 he had an exhibition at the Mednyányszky Gallery, Budapest, which turned into a major press scandal. He had no more solo exhibitions during his lifetime. Parallel to his radical art practices, he regularly contributed (very well painted) landscapes and still lifes to the Képcsarnok Company (the official distributor of popular artworks to the people) for financial reasons. In his final year, during his serious illness, he created new works from the pieces of his old pictures, “to give shape and therefore meaning to all that happens to a person.” His memorial exhibition was organized in the Szent István Király Museum, Székesfehérvár, in 1990. His retrospective was held at Műcsarnok (Kunsthalle), Budapest, in 2003.
прочети повече 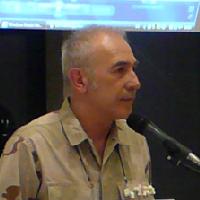 Altorjay, Gábor
Visual artist, poet, director. He was a member of the neo-avant-garde movements that began in Hungary in the middle of the 1960s. He wrote poems and organized happenings such as “The lunch - In Memoriam Batu Khan” and “Golden Sunday” in 1966, the former together with Tamás Szentjóby. He also made objects, collages and a single-issue samizdat magazine called Laura. Each issue of this szamizdat presented news from the future on a roll of paper that was one-meter long. After drawing the attention of Hungarian state security offices, he emigrated to Germany, where he has lived and worked since 1967. In 1971, he suspended his activities in the field of visual art. Since the beginning of the 1980s, he has directed several movies that span the frontier between experimental and feature films (Tscherwonez in 1982, Pankow '95 in 1983, City Life in 1990, Punta Grande in 1996, The Changeling in 2002 and Tørn! in 2008). Since the middle of the 1990s, he has been active again in the domain of visual arts as well.
прочети повече
Ambrus, Péter
Péter Ambrus is a Hungarian sociologist. His research focuses on the sociology and cultures of poverty. In his explorations of the difficulties faced by marginal groups and the ways of tackling them, Ambrus reveals the inability of the socialist state to come to terms effectively with social exclusion and poverty. Giving voice to marginalized people like the poor, sexual minorities, or the Roma, Ambrus developed a criticism of official socialism, which helped him engage in socially committed activism.
прочети повече
31 - 35
«« предишна страница 1 ... 3 4 5 6 7 8 9 10 11 ... 218 219 следваща страница »»